What had happened at Colored Boy and Friends: Mental Health Edition 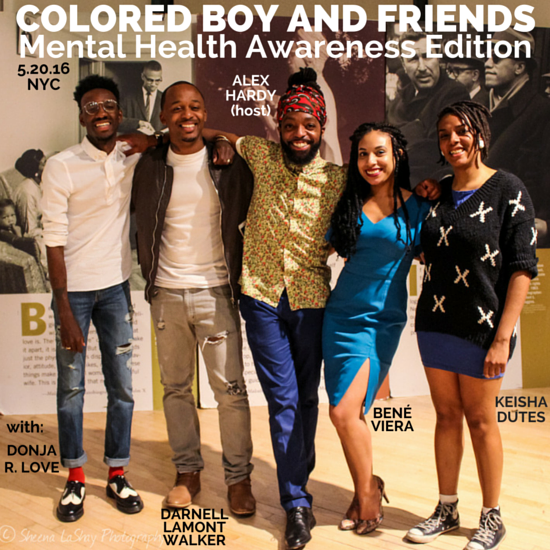 Back in May, to coincide with Mental Health Awareness Month, I hosted a conversation series and literary showcase called Colored Boy and Friends: Mental Health Awareness Edition at the Malcolm X and Dr. Betty Shabazz Memorial and Educational Center. I held my first writing workshop there a year and five days before this event, so I was hyped to return there for my shindig. It's also the site of the former Audubon Ballroom, where Malcolm X was shot down by an ashy, scoundrelous shitbag in 1965. *pours out a little sweet tea for Malcolm* 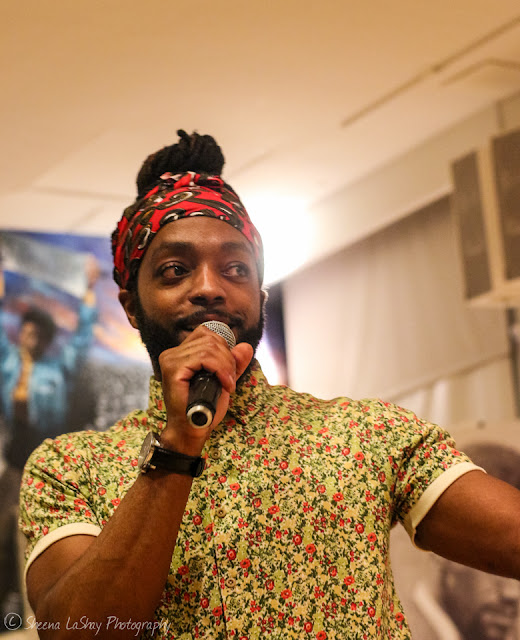 And then Darnell Lamont Walker (web | instagram | twitter) joined me for a therapeutic rant segment called "Here's What The Fuck I Think." A snippet:


Alex: Five. Not enough people in this world understand that where macaroni and cheese is concerned, cheese is NOT a seasoning.
Darnell: Six. I've started seriously speaking to kids about drugs. I learned they usually have better connections.

...and so forth. Muy cathatic. Read the rest here.

After rapping with my boombastic guests, I shared a cautionary tale about my journey around New York City in search of unterrible macaroni and cheese. I called it "Close Encounters of The Mac & Cheese Variety," because macaroni and cheese is life. A preview:

Why, Mr. Junior, are you attempting to pass raggedy ass pot roast off as pricy delicious brisket?

Mr. Junior, if my sisterfriend’s chicken is covered in BBQ sauce, why is the only thing we taste chicken rub? What kind of water-based BBQ sauce fuckery is this?

Why serve wings with yawn-worthy fried carrots when there are sweet potatoes in this world?

And what the fuck kind of terrorist camp of a family were you raised in where American cheese is a thing that goes in mac and cheese not being used to feed your pet subway rats or poison your arch-nemesis?

This was the worst of all the disappointments because it felt like a dropkick right in the spirit. That nigga with the black lips looked the three of us right in our faces and said it was CLOSE to homemade. So we’re here envisioning somebody’s nice, good-smelling grandma with a moomoo and ashy heels and diabetes in the kitchen whipping that work with the sharp cheddar and perhaps some garlic and such. And his monkey ass is over there envisioning the terrorist camp home situations that brought us the likes of George Zimmerman and that scoundrel ass Russell Simmons, who brought you the Rush Card, inaccessible funds, and eviction notices.

Read the rest over at Very Smart Brothas.

We cussed, we laughed, we talked about feelings and such. I'm looking forward to the next edition of Colored Boy and Friends, which I hope to make happen this fall in New York, aaaand eventually Washington DC, Atlanta, and Los Angeles.

Thank you to Donja, Keisha, Darnell, and Bené for being brilliant and down to be open in front of strangers.
Thank you to the awesome Sheena LaShay Young for these beautiful images. (Web | Instagram)
Thank you to Blue Rivera for coming through and being awesome as always.
Thank you to Maurice and Solana for helping me keep it together that night.
Thank you to Bryan Epps for this gorgeous, historic space.


Bené and I talked about her bomb ass career as a journalist and multimedia wonder woman. Specifically, we discussed this essay she wrote about self-care and healing, "The Year of Bitter Sweetness", and her ESSENCE magazine cover story, "The House That Shonda Built," which featured Shonda Rhimes, Kerry Washington, and Viola Davis. AND, she gave us the lowdown on what it was like to be in the audience at "Black Girls Rock" when this Hillary was greeted with this magical collective side-eye: 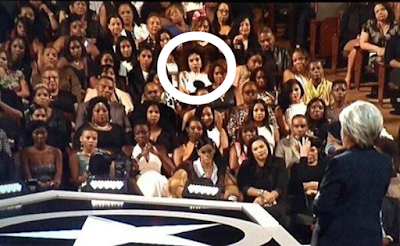 We also talked about self-care and her writing process. 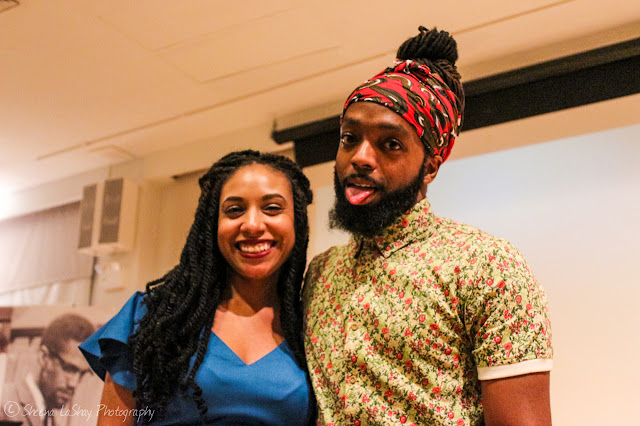 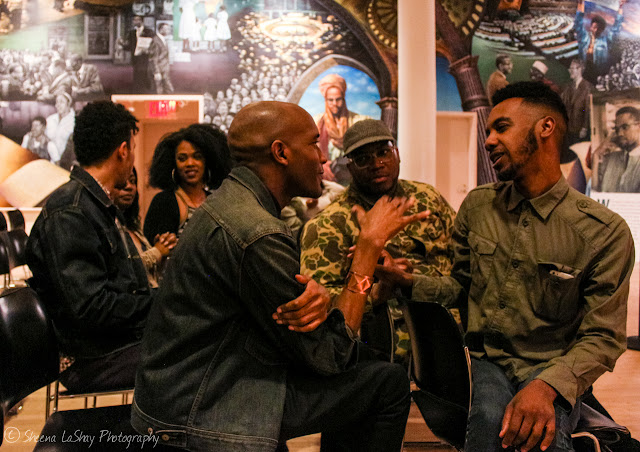 Donja and I talked about his work as a playwright and filmmarker (specifically his recent short, The Space Between), teaching the theater arts to ESL (English-as-a-second-language) students,  and what he and Brandon Nick do with their organization, The Each-Other Project. Donja has been quite open about his experiences with mental illness (depression), so we talked about how that journey manifests itself in his creative work. 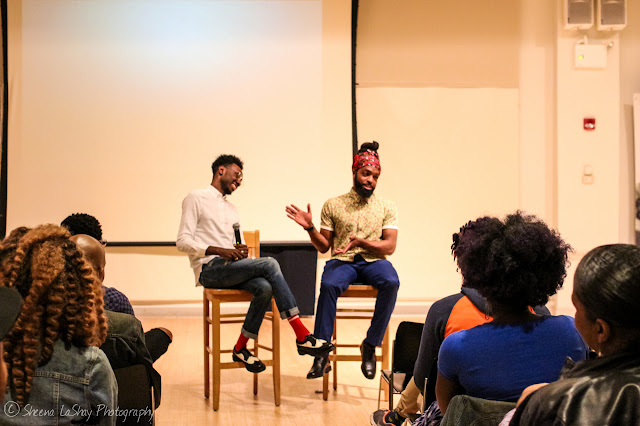 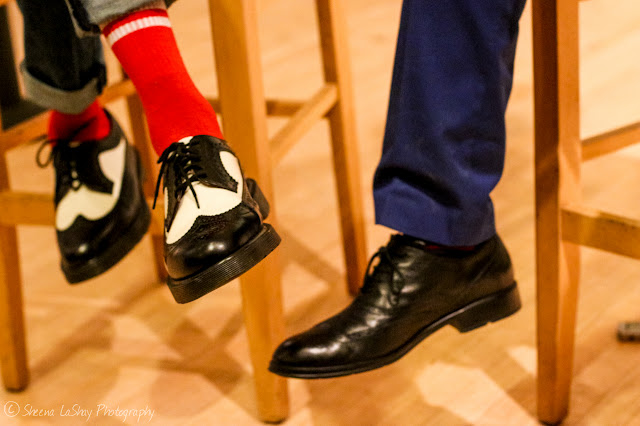 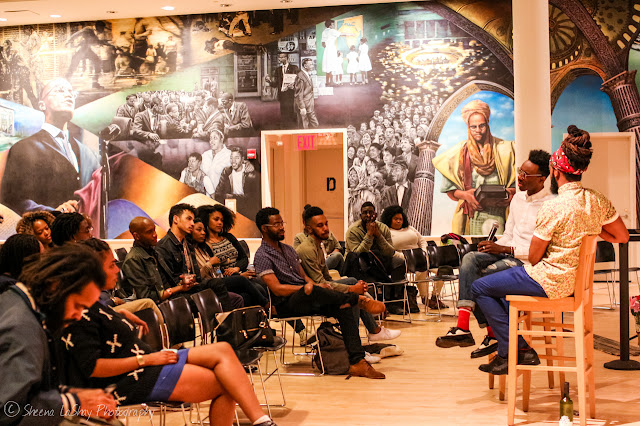 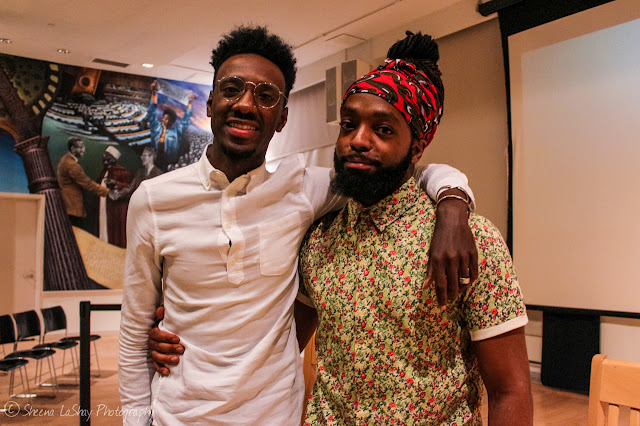 In addition to recruiting him to help me with my rant segment, "Here's What The Fuck I Think," I spoke to Darnell briefly about his films Seeking Asylum and his latest, Outside The House, which explores mental health among Black folks. 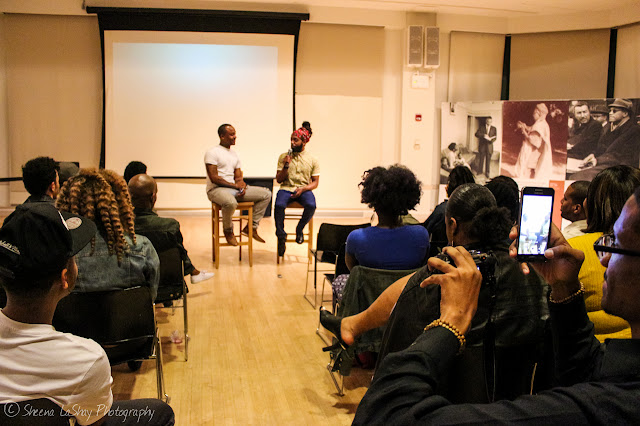 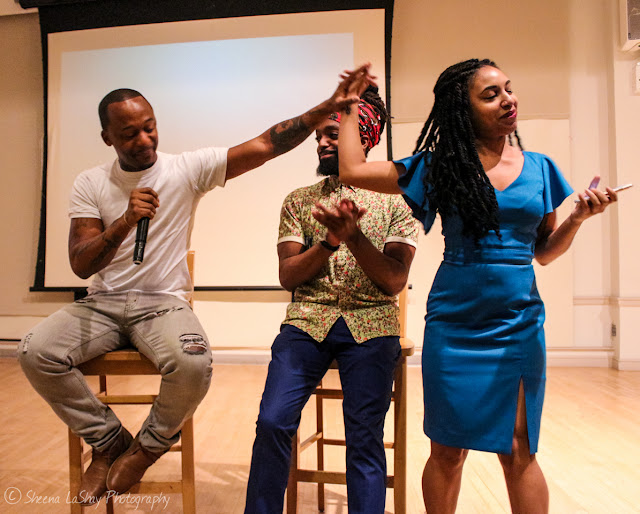 I love this lady. I've been a guest on her show, TK in the AM, a few times. It was important to return the favor and pick her brain about how Keisha Dutes became "Tasty Keish," how she got her start in college radio, and what it's been like running an online network, Bondfire Radio. While talking about her mental health situation, Keisha told us she's happiest on air recording her show, Mondays, Wednesdays, and Fridays from 10-11:30 AM. 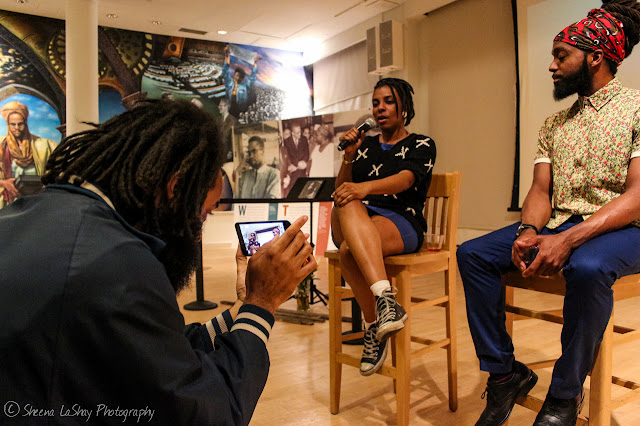 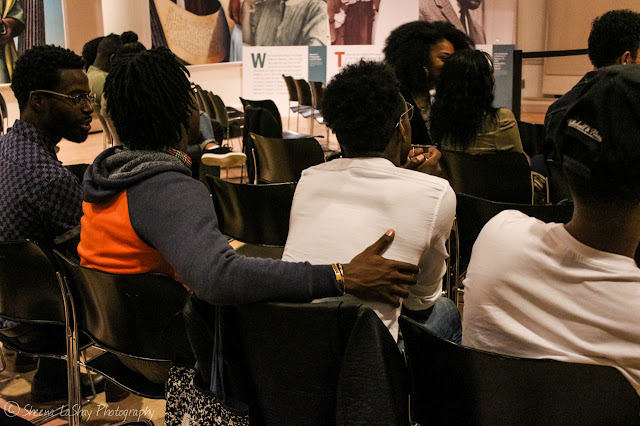 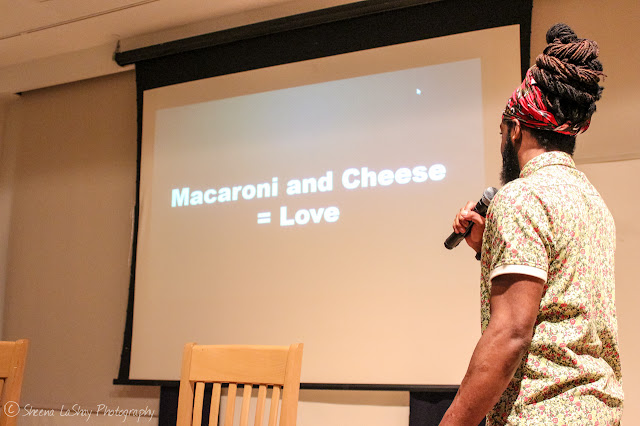 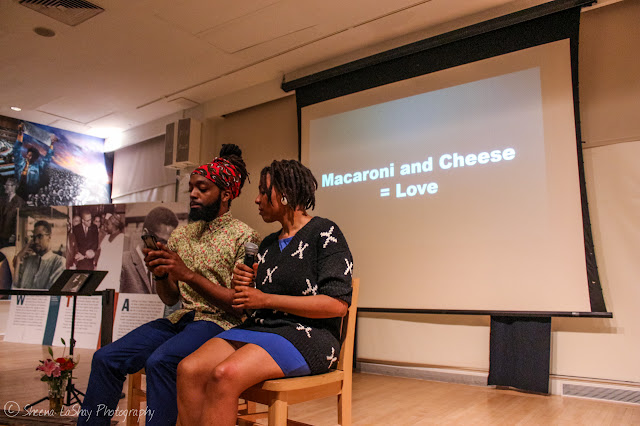 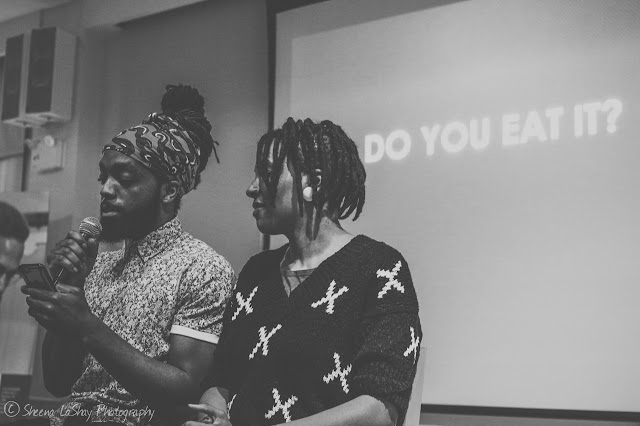 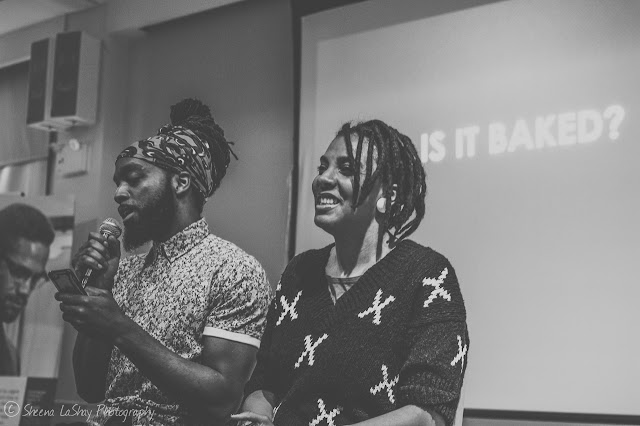 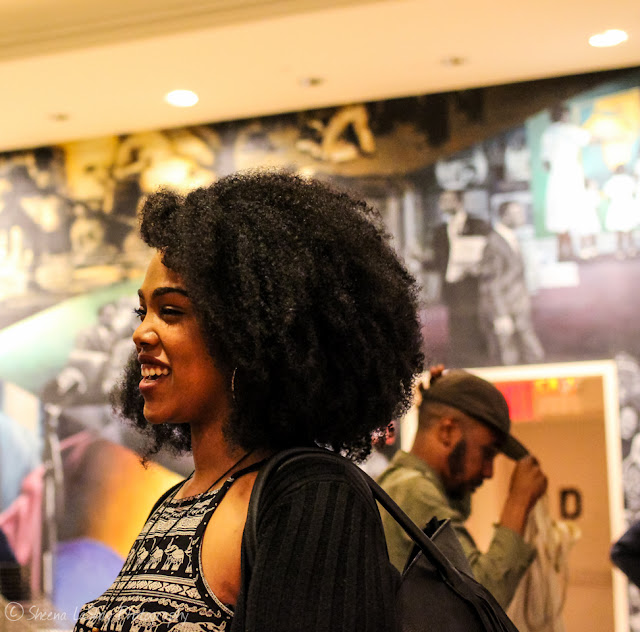 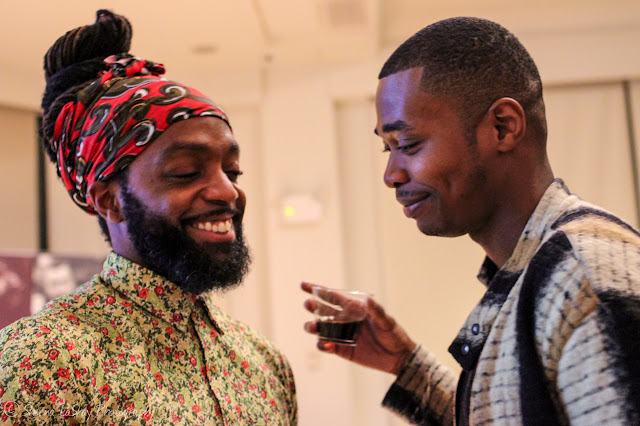 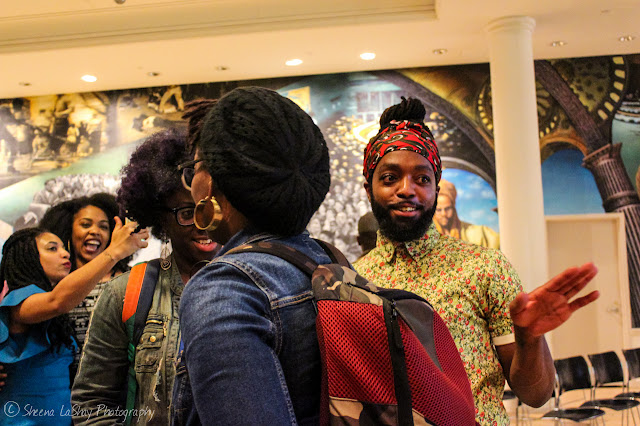 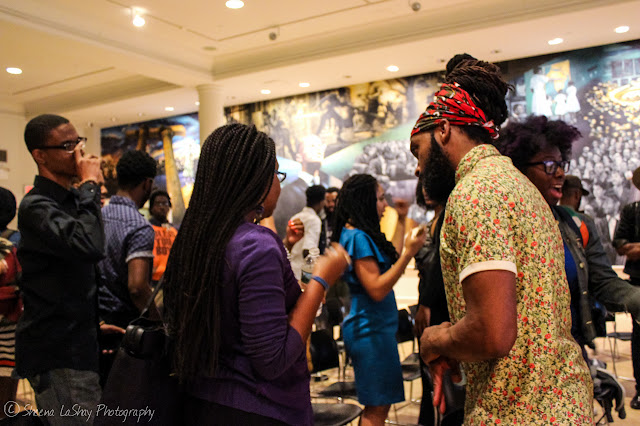