So I wrote about Dixieland Grandma (Paula Deen) for Eater.com 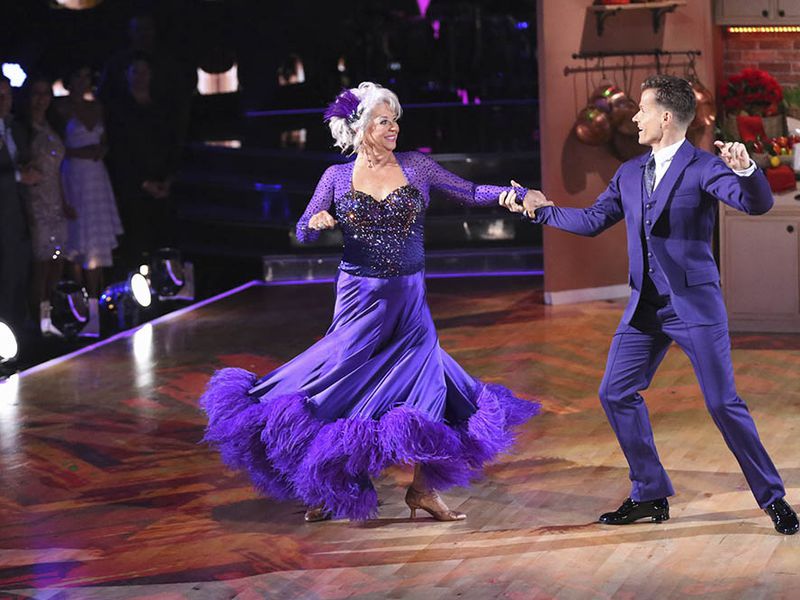 How goes it? The lovely folks over at Eater asked me to behold and react to Paula Deen's performance on the Season 21 premiere of ABC's Dancing With The Stars. Who better to comment on a routine by a debatably racist cackling grandma than me? Everybody loves a redemption journey, especially when it's televised and sure to be cringeworthy and powerfully tacky. Everybody wins, well, in the case of Dancing With The Stars, everybody but Kim Zolciak, who's as graceful as a blind three-legged buffalo that's in labor:

Last night, America witnessed Act 41 of The Descandalization of Paula Deen, celebrity chef and butter-loving chortler extraordinaire, as she returned to network television during the season 21 premiere of ABC's Dancing With The Stars.

For the uninitiated, the show matches a celebrity (or "celebrity") with a professional dancer to compete for a trophy and bragging rights. Each week, the couples are given a ballroom dance style and must perform a routine to be evaluated by three judges and voting viewers at home. Each week, the couple with the lowest combined score is packed into a rocket and launched into space. After much drama and countless pointed feet, the last remaining couple wins and may experience a brief professional boost, which brings us back to Paula Deen.

The disgraced calorie enthusiast is vying for the mirror ball trophy and public forgiveness alongside the show's usual mixed bag of contestants, rebuilding her audience with every toothy howl. Fellow cast members include singer and reality star Tamar Braxton, actor Gary Busey, the Chaka Khan, Bindi Irwin (offspring of the late Steve Irwin, Crocodile Hunter), some lanky kid from Vine and 41 thousand pounds of sequins and tassels.

Deen is two years removed from the career-imploding racism-flavored shitshow that brought the Food Network gravy train to a halt and sent sponsors fleeing. After that damning deposition dropped and the good times ended, Deen went to work convincing the world that she's seen the racial prejudice-erasing light and is still worthy of your love and money. Soon after: a documentary telling her side of the story, new restaurants, tears of embarrassment, and more cooking shows via her own network.

Read the rest at Eater.com