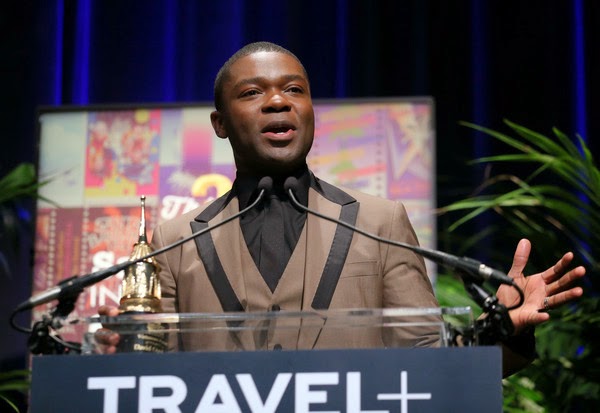 Black strife is lucrative business. Just ask any old White record label executive, movie studio head, or sneaker store owner. On screen, in the eyes of the Powers That Be (Terrible), we are most valuable and palatable when downtrodden, despicable, and at the mercy of some all-knowing, benevolent White Knight who swoops in, Sandra Bullockly, to save the day by rescuing a poor Black beast from the throes of Blackness with boundless wisdom and Jesus-flavored good will.

That sense of self-satisfaction experienced after watching a team of resourceful space-age Whitefolks save a race of Bluefolks from extinction? Necessary. That warm and fuzzy pre-ejaculatory euphoria felt while watching a brave Nice White lady venture over the river and through the hills into DA GHETTO to rescue a crew of emotionally stunted angry misfits from the brink of illiteracy, shanking and teen pregnancy? Necessary. It makes their booty holes pulsate with joy. It lubes and strokes their White Guilt. It helps them sleep at night.

And, it's exhausting. As fuck.

So, it's fairly unsurprising that a flock of geriatric good ol' boys fails to get the brilliance of Ava DuVernay and David Oyelowo, the director and star of Selma. I know that the sight of a powerful Black man who opted against bowing to and tap dancing for aggressively terrible old timey White dudes is alarming. Cries of "WHERE ARE SANDRA BULLOCK AND KEVIN COSTNER TO MAKE SENSE OF IT ALL?" rang out from hipsters and ahistoric supremacist sympathizers alike. Selma isn't a celebration of Whiteness. DuVernay was adamant about that. Here, Martin Luther King, Jr's story isn't told through the eyes of the nice, White (and courageous) White House receptionist who changed history by connecting MLK's calls to the President, adopting a family of Black sharecroppers, and inspiring Maulana Karenga to create Kwanzaa. Thankfully. This ain't that.

And all of is is apparently too much for The Academy of Motion Picture Whiteness to bear.

While being interviewed at the Santa Barbara International Film Festival, Oyelowo kept it all the way real when asked for his feelings on being snubbed for his Selma role:

"Historically — this is truly my feeling; I felt this before the situation we're talking about and I feel it now — generally speaking, we, as black people, have been celebrated more for when we are subservient, when we are not being leaders or kings or being at the center of our own narrative."

Because Black strife is lucrative and White guilt is inconvenient.

Spike Lee said it best, when offering advice to DuVernay after she was overlooked in the Best Director category: "Fuck 'em."