Under The Influence: The Media's Silent War Against Black America [ATA #12]


WARNING: Across the Aisle features a generous helping of exploratory writing, gratuitous pop culture abuse, and complimentary Funyons. This is Hive Mind 101. That glorious moment when Wonder Twin powers activate. Jay Connor + Alex Hardy = the triumphant return of Voltron. These ain’t no studio tricks, and such brilliance is solely intended for mature reading audiences.  Enjoy. 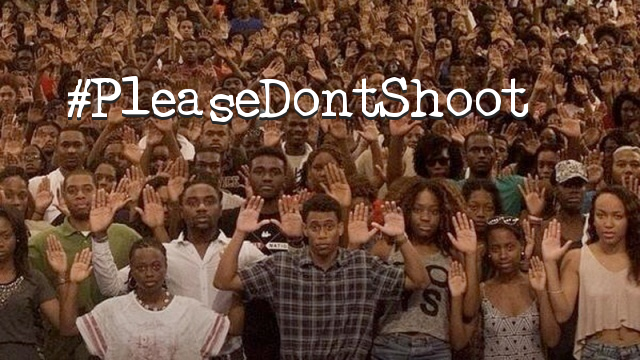 Episode 12
Under The Influence: The Media's Silent War Against Black America

Jay Connor: In the ensuing days since Michael Brown’s execution, his hometown of Ferguson, Mo., has descended into chaos. More so as a byproduct of overreaction from a militarized police force than from any destructive provocation from its citizens, but how did it get to this point in the first place? Some would point to the disproportionate ratio in Ferguson’s racial demographic, which is 63% Black, yet somehow responsible for 86% of its police stops, versus those who constitute its police force (95% White), a disparity that has manifested into some disturbing results. Others have taken it upon themselves to lament their role, intentional or otherwise, in the escalation of racial tensions and ubiquitous implications that “Black victims are to blame for their own deaths”. Their words, not mine. So with media outlets publicly taking themselves and their methodologies to task, one can’t help but to inquire: What if the roles were reversed? What if Black suspects and victims were portrayed in the same light as their White counterparts? And what if White suspects and victims had their perceptions manipulated in the same manner that befalls their Black contemporaries?

So sponsored in part by Huffington Post’s sobering glance at the mirror, what you are about to read is an exercise in that exact scenario. EVERYTHING YOU ARE ABOUT TO READ IS 100% FACTUAL, excerpts culled from their original news sources and related material, but repurposed to demonstrate the alarming stranglehold the media has on public perception. 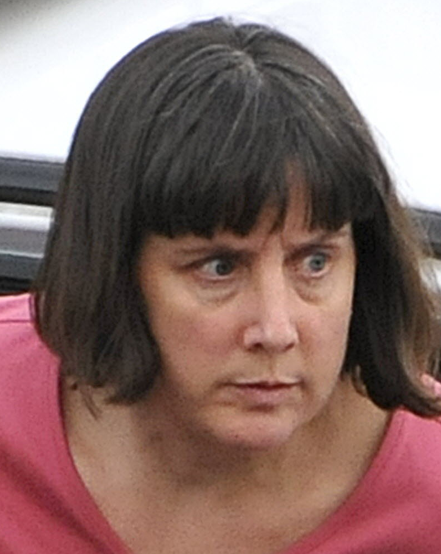 HUNTSVILLE, AL. – Three members of the University of Alabama in Huntsville faculty were gunned down early this morning in what the Huntsville Police Department is describing as “calculated carnage”.

The sole suspect, Biology professor Amy Bishop, has been taken into custody while three other faculty members remained hospitalized as a result of her rampage on campus.


Criminal records indicate that this was not her first brush with the law, nor with gun violence, as Bishop had previously shot and killed her younger brother Seth with a 12-gauge pump action shotgun in 1986. Subsequent charges include assault plus disorderly conduct in 2002, in addition to suspicions concerning her involvement in a pair of pipe bombs mailed to a children’s hospital. 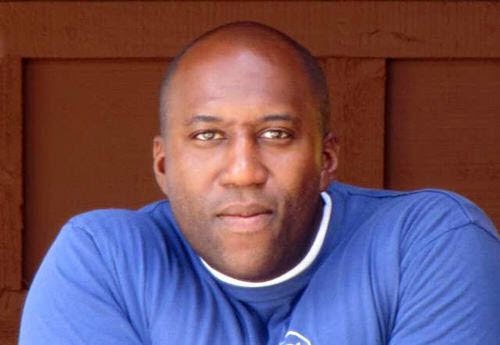 ORANGE COUNTY, CA. – Decorated Marine Sgt. Manuel Loggins, Jr., was executed by an unnamed sheriff’s deputy who deemed his behavior odd before fatally shooting the father of two as his daughters, nine and fourteen, looked on from his SUV’s backseat.

When not reading the bible with his wife and children on their predawn “prayer walks,” Loggins volunteered at nursing homes and a Big Brother’s group. He was looking forward to earning his bachelor’s degree in nursing.

Loggins’ supervisor, Major Christopher Cox told the LA Times, "He was a mentor, somewhat of a father figure, to a number of the Marines. He was very soft-spoken, very nonconfrontational — very, very respectful. He was just the epitome of respect." 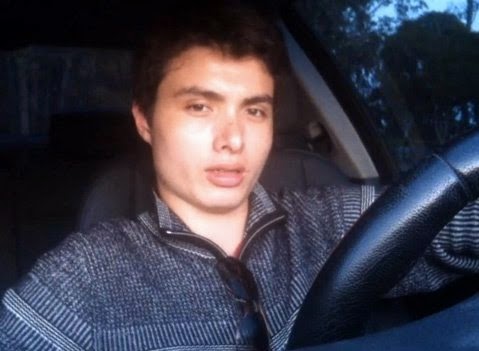 SANTA BARBARA, CA. – After years of unrequited affection and sexual advances, a deranged 22-year-old, Elliot Rodger, embarked on a murderous joy ride near the University of California, Santa Barbara.

The self-hating bastion of privilege cooked up a dastardly plan to punish those who had rebuffed his cries for acceptance and sexual satisfaction. Fueled by “loneliness, rejection, and unfulfilled desires,” Rodger announced via a chilling Youtube rant his plans to seek revenge on those unimpressed by his privilege, cheekbones, or BMW.

“All those girls that I've desired so much, they would have all rejected me and looked down on me as an inferior man if I ever made a sexual advance towards them,” he ranted. “I'll take great pleasure in slaughtering all of you. You will finally see that I am, in truth, the superior one. The true alpha male.”

The sex-obsessed monster began his killing spree by stabbing his three roommates to death. He then calmly drove to the Alpha Phi sorority house and used three semi-automatic handguns to brutally murder six innocent people and wound 13 others before ending his own life with a gunshot wound to the head when confronted by sheriff’s deputies. 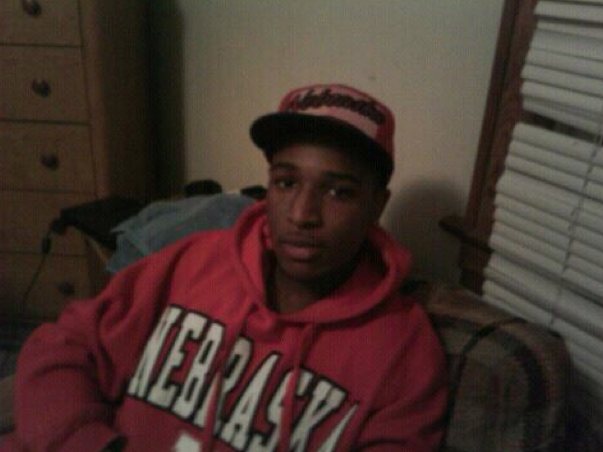 SOUTH OMAHA, NE. – Police have identified South Omaha resident Julius B. Vaughn, 19, as the victim in a homicide that has both startled and crippled his community.

His body was discovered in a parked car Friday night at approximately 9:40pm, next to an apartment building at 23rd and Vinton Street.

Popular amongst his peers, he will be remembered by his grieving community as “the life of the party” with the charming smile.

Original article: “Shooting victim had many run-ins with law” 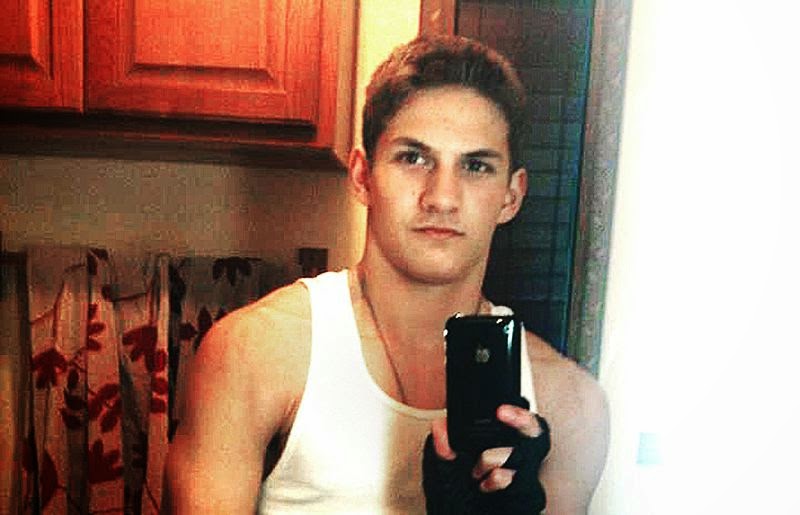 TROUTDALE, OR.  – If only Jared Michael Padgett’s love of church had stopped him from smuggling an assault rifle and a handgun into Reynolds High School and opening fire.

That’s what friends, family, and classmates are left to ponder in the wake of a murder-suicide that left a popular classmate dead and a teacher injured at the hands of this gun-loving hothead.

Padgett, who supported pages such as Conservative American Military Veterans Against Barack Obama on Facebook, was known by peers to have an unpredictable temper. The week before the shooting, he became enraged in class while giving a presentation on a book about Adolf Hitler. This destructive affection for destruction was cultivated at home with his family in a household where the teen obtained the weapons used in the shooting.

The National Rifle Association has yet to comment on the loss of its future member. 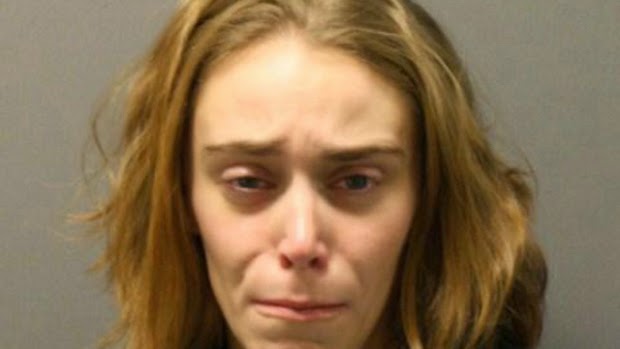 BRIDGEWATER, MA. – An area single mother with a drug history admitted to police that after months of skirting financial responsibility, she robbed a total of three local banks in two days in order to pay her landlord $1,950 in owed rent.

Officials have been mum on which drugs were present in Hefferman’s system at the time of the robberies. 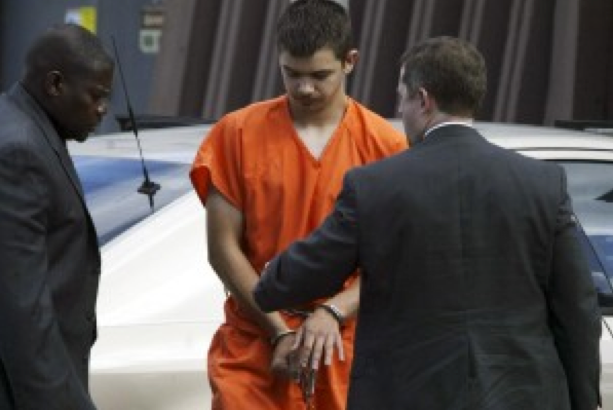 FLORENCE, S.C. – After 10 pounds of ammonium nitrate was delivered to their home, Ryan Schallenberger, 18, was arrested Saturday after his parents notified the authorities. As Schallenberger was apprehended, Police Chief Randall Lear revealed that a suspicious journal was recovered as well.  “He seemed to hate the world,” Lear said, “He hated people different from him.”  This journal, kept for more than a year, contained explicit details of not only intricate maps and layouts of his high school, but lauded the valor of those who enacted the Columbine attacks and detailed his own desire to accomplish a similar suicide massacre. 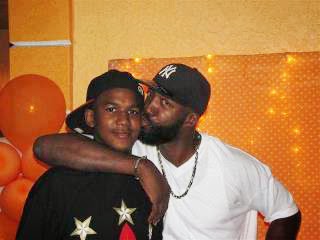 SANFORD, FL. – Sanford residents are overcome with outrage and anguish after learning that Trayvon Martin, 17, was murdered in the housing community of Twin Lakes.

The suspected shooter, George Michael Zimmerman, 28, is currently in police custody according to Police Chief Bill Lee of the Sanford Police Department.

Celebrated among his teachers and classmates, Martin was a standout football player at Forzano Park in Miramar, where he played for the Wolverines, a team he would later volunteer for at their concession stand after his ambition led him to pursue a future career in aviation. Adept at repairing and assembling dirt bikes, Martin enrolled in a seven week “Experience Aviation” program in Opa-Iocka before attending George T. Baker Aviation School.

Alex Hardy: As this war unfolds in Ferguson, Missouri, the callous assassination of Michael Brown’s character shouldn’t be a surprise after almost 30 years of Blackness. Unrelated details are extracted from unclear circumstances to string together unfavorable narratives of the lives of people not here to defend themselves. Every time. At this point, it’s a matter of when and how bizarrely rather than if a Black victim will be defamed in the press. The headlines from this homegrown war will continue to generate the very same ignorance and fear mongering that keep our media outlets afloat. This smearing of the voiceless underscores just how far from the mythical Land of Post-Racial Living we truly are.

Jay Connor is a prized pupil of the esteemed Professor Xavier and a Los Angeles based freelance writer. When he’s not preoccupied with accruing overdraft fees while chasing the dream, he can be found disseminating terrorist threats on Twitter and Facebook. Direct all business inquiries, sexual innuendo and Nigerian email scams to deathtoadverbs@gmail.com.

Across the Aisle Ferguson