Jeremiah Heaton, North Sudan, and the Audacity of Whiteness

Have you heard the one about the asinine White Virginia dad (before you huff and puff, Whiteness is a fundamental plot element here) who traveled through Egypt to claim 800 square miles of unclaimed desert land between Sudan and Egypt in the name of his daughter, the newly crowned Princess Emily?

Yeah. I know, right? When I first saw the headline, I checked to see if the local Virginia site with the story was a satirical one. But, yes, it happened: Jeremiah Heaton didn't want to tell his beloved chile that she couldn't be a princess in real life, so he did what any parent high on Whiteness would do: he “literally” (his word) went to what he considers "the ends of the earth" for her and planted a flag in her name in the ungoverned land of Bir Tawil. In Africa. He and his kids named this new land The Kingdom of North Sudan and designed a flag. My inner angry Black man popped up, grabbed his shotgun, and stood on alert for approaching unmelinated lunacy. 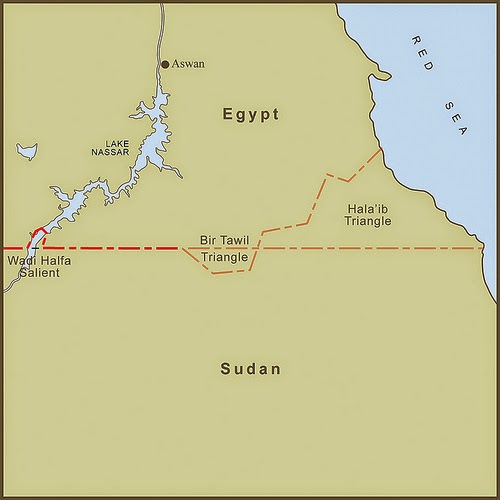 The coverage so far has been pretty kind to Mr. Heaton. “Oh, that Jeremiah Heaton is one wacky dude,” and such. In reality, Jeremiah Heaton is a dickface. Though some consider it admirable for a pappy go to such great (albeit dickfacely) lengths to make his chilluns happy, Jeremiah is about as wrong as Janet was for putting Khia inside that television set in the video for “So Excited.” ****

I learned about responsibility by caring for turtles and goldfish (all of which died) and trying not to crack my exquisitely painted Egg Baby, Alejandro, in seventh grade Home Economics. Rest in pieces, Alejandro. Lessons came via stern talks and loss of Nintendo privileges. But times and parenting styles have changed. This generation of kids who never had AOL screen names is being guided by a generation still recovering from the mysterious disappearance of Judy Winslow. It’s still tough for us to talk about. #Damaged

Were your childhood ass whippings uploaded onto the Internet for commentary from your parents’ friends and the universe? No. But…well…l will admit that post-Duck Tales life is inherently difficult. So, I do understand a certain degree of fuckedupness in these chirren. Truly, I do.

But there are things that producers of tiny humans can do to ensure that fewer little Annies grow up to become Ann Coulters. You know, for the greater good.
Want to show your kids that you would do anything to make their dreams come true? Get them a train set and an anti-Macklemore vaccine and build them a fucking tree house. Want to raise a cool kid into a stellar adult? Read to them, tell them you love them, and keep them away from boxed macaroni and cheese. The way to raise a better world citizen, a person on track to becoming the best White woman she possibly can be, is with love and artfully imparted life lessons, not by gifting them a brand new African nation, because you think it's cool and, hell, nobody else wanted it. 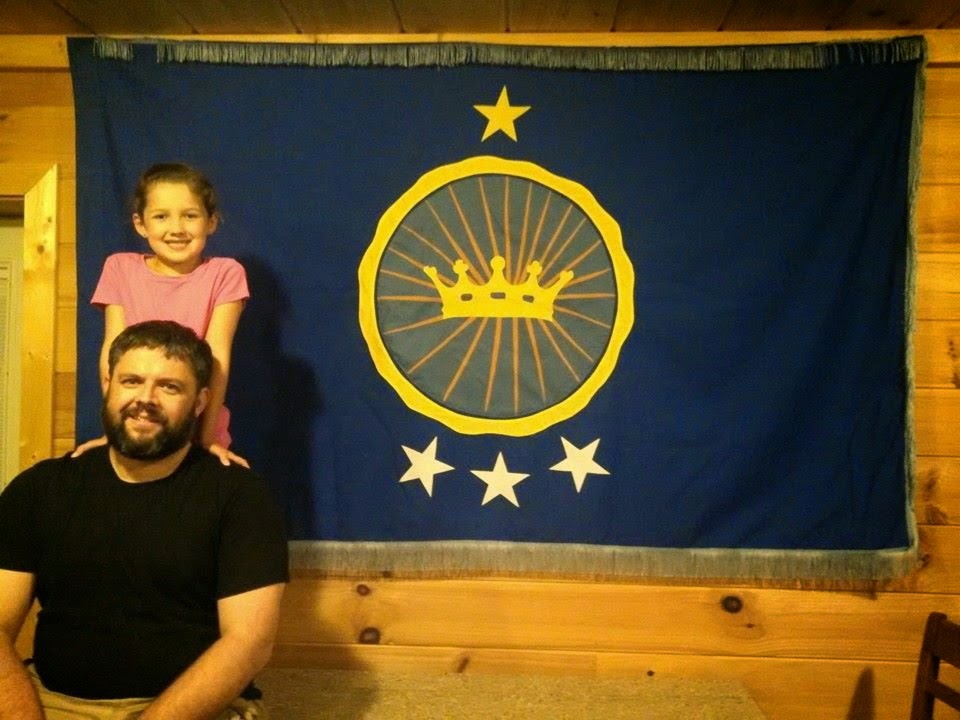 Under his guidance, Jeremiah Heaton’s children are stewing in a crockpot of terribleness, along with the finest pickled entitlement and freshly harvested seeds of self-importance. Yummo! Imagine being a teacher trying to discipline a child whose father traveled to the “ends of the earth” plus 14 hours by caravan and filed a claim with the United Nations so she could legally call herself the princess of an African nation. And you expect Princess Emily of The Kingdom of North Sudan to walk in a single-file line in the hallway because you, a peasantly teacher, say so?

So in a few years when the Heatons throw on their sunscreen and head to The Kingdom of North Sudan on a mission to spread benevolence and lunacy and, say, wind up missing while directed by King Heaton’s disconnect with reality, the rest of us will get to witness yet another diplomatic crisis and the requisite panels of highly Whitely morning show pundits, faces all painted with concern, wondering for weeks, “Where, oh where could the Heatons be?!?”

Sure, it’s cute right now. That little precious Emily in her crown, beaming before her flag next to her father, The King, is so fucking cute. And one of her brothers made a cute little serving tray at summer camp with the flag they designed on the front. And the rest of the family shall henceforth refer to this child as Princess Emily. And Jeremiah made letterheads, so all of that makes their claim to this land real. Also, too, también, because White. So, duh.

“I feel confident in the claim we’ve made. [Planting flags is] the exact same process that has been done for thousands of years. The exception is this nation was claimed for love.”

What the fuck am I even talking about? Nothing, after 29.5 years of full-time Blackness, should surprise me where White people are concerned, because White Audacity knows no bounds. It is limitless like the reasons why Donnie Klang’s career was all a big misunderstanding.

White Audacity informs one that consideration of necessity is for suckers and that these ideas are good ideas because I thought of them and because I'm White. It's a helluva drug.

Aside from it being impossible for an U.S. citizen to assume a position of royalty and still remain a U.S. citizen, the amount of gall required for this man to set the expectation that Egypt and Sudan should, for the agricultural good of the region, recognize this chain gang of misguided Caucasians as a nation has not been seen on this Earth since Oprah sang the opening theme for The Oprah Winfrey Show back in the 90s. That took a lot of nerve, girl.

White Audacity let Jeremiah Heaton believe that he was the first person in history to assert ownership of this land and that using colonial-era land claiming laws to industrialize a desert all for the happiness of his precious White chile is necessary and that he should be the fuckboy to do it.

He didn’t have a pal with an old barn who’d let him clean it up and throw a trampoline and a damn pony stable inside so they could make her the princess of that shit? Ain’t no foreclosed properties that he could have bought and let Princess Emily jazz up to live the young, carefree conquistadora life over there in Abingdon, Virginia? 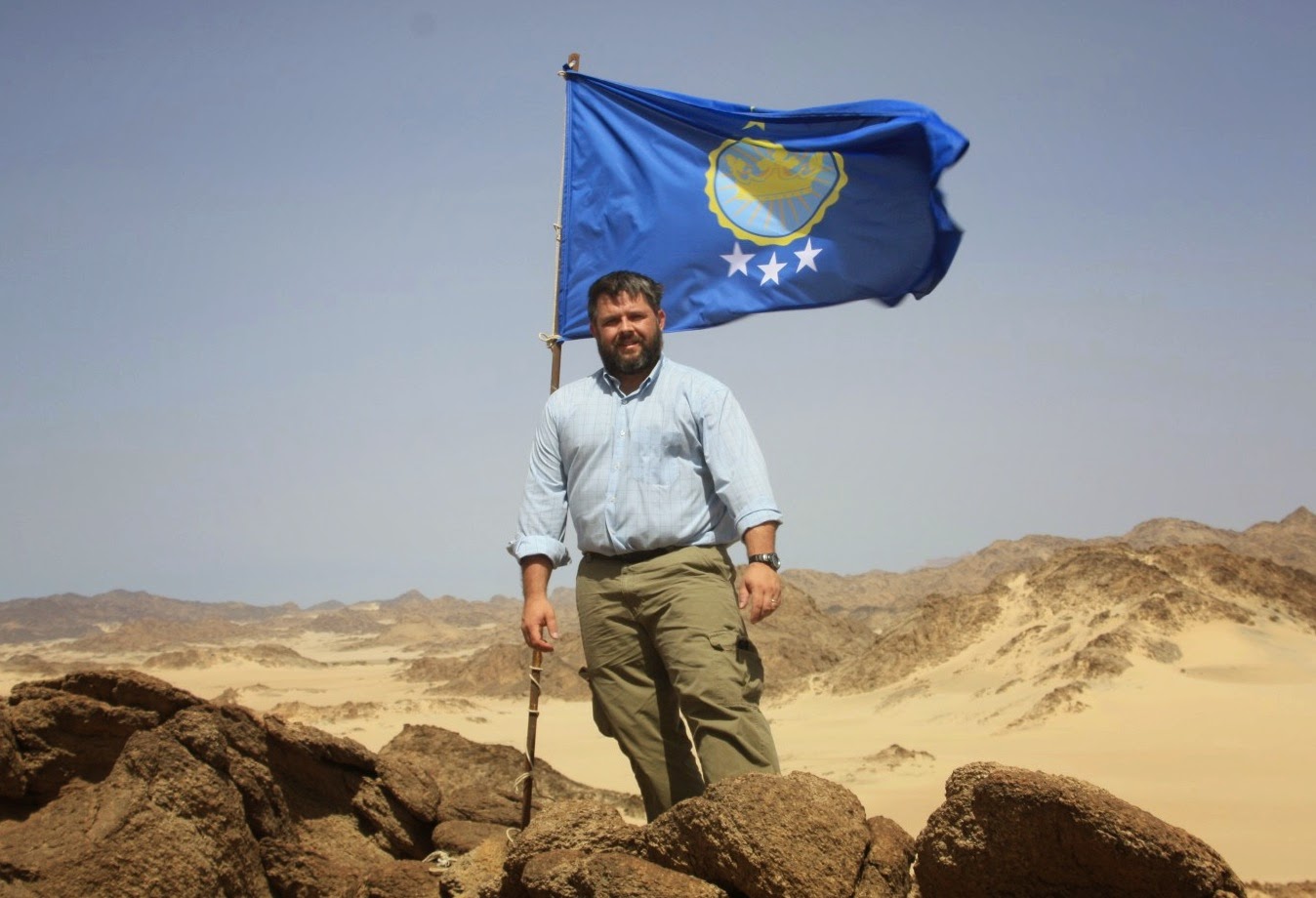 White Audacity, a byproduct of white privilege, is why Jeremiah Heaton, who lost a Senate bid in 2012, can regard this disputed land like a fun little political science project, as if he’s starting a virtual company with the kids.

The children would like the area to become an agricultural hub of the region and pappy plans to bring in world class-scientists and experts to irrigate his desert fantasy.

Mmm. Nothing like a slice of White Savior pie in the summertime.

But before I poopoo the visions of Jeremiah Heaton, I suppose I should also know not to underestimate the capabilities of White Audacity, because Iggy Azalea. These motherfuckers might fuck around and get the funding pull this off. That Flex Alexander portrayed Michael Jackson in the worst biopic to ever biopic showed me that anything is possible when White Audacity is involved. Where there is a White will there is a way. And so on.

***: While Janet was wrong as shit refusing to share camera time and oxygen with Khia, I totally understand. Last minute solution to her regret over the collaboration? The world will never know.