May 21, 2014
I have a new piece up at EBONY today. I watched the "live performance" of Hologram Michael Jackson at the Billboard Music Awards this past week and, in the case of DigiMichael, it's gonna be a big Hell No from me. 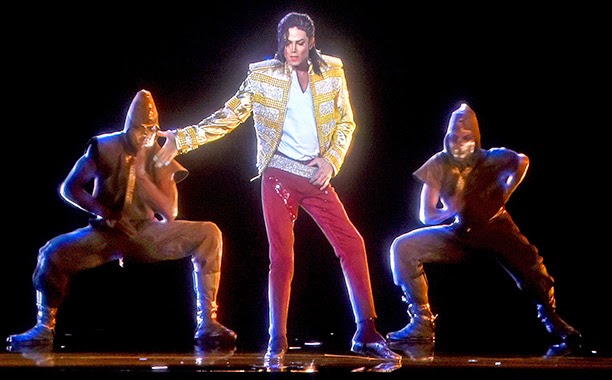 Whether you and I like it or not, we now live in a post-Hologram Michael Jackson society. We had no say on the matter. After watching Michael ascend, excel, and expire, after marking our milestones with his music, we must now stand aside and watch as every nickel and every unreleased Jacksonian utterance are bled from Michael’s legacy.
This past Sunday, after much hubbub and hypothesizing, the estate of Sir Human Nature delivered a so-called “Michael Jackson experience” led by a hologram Michael performing his new-old song, "Slave to the Rhythm" at the Billboard Music Awards. There were tears.
"Michael Jackson, live at the Billboard Music Awards!" the commercials promised.
What follows is my “I wanna speak to a manager” moment.
↵ Use original player
Michael Jackson - Slave To The Rhythm
By michaeljacksonVEVO
YouTube
← Replay
X
i
00:35

Read the rest at EBONY.