Looks like 2014 is off to a hell of a start, huh? Looks like the Libs are out to infiltrate your pleasant, homogenous swamp waters with filthy words like inclusion and tolerance and their integrationist, diversity jibjab. Pish posh, right?

First, you find out that via its Golden Globe win that 12 Years A Slave is a historical drama, which means the tale of an enslaved Nigra is goddamn fiction, which means that slavery is no longer in practice in America. This is is bad news for you as someone keeps outbidding you on that spiffy Subjugator 5000 Cotton Gin on eBay and that cotton won't pick itself. Woe is you, right?

Then, Cheerios, those damn nigger lovers, brought back their beloved race-mixin' family and their biracial child for the second year in a row in this commercial which has led to yet another cross burning on your collective virtual lawns. I can imagine that the mere thought of that nice, clean, obviously self-hating white woman being defiled by that African mongrel--their images broadcast globally on the one  night you turn away from FOX News--was a source of suffocating rage. You probably knocked your moose head off the mantle when you got to swinging that cross around your living room, didn't you?

The stream of #WhiteTears on the Cheerios Facebook Page

You were beside yourself with Hasselbeckian fury. You were personally offended, confused, enraged, outraged and whiteraged, sure to remind us that it "has nothing to do with race." Ah yes, because the last time one of your precious American songs was sung, by someone who wasn't a white person, who dared to wear a Mariachi outfit, you totally kept your cool. (See: Mexican-American Boy's National Anthem Sparks Racist Comments). Seeing the expected blowback, I watched the ad twice to make sure it didn't feature Osama bin Laden singing a few lines in Klingon surrounded by Cuban freedom fighters painting #Benghazi onto the American flag. All these brown faces, singing this good clean American song, written no doubt by a good, clean American m--- 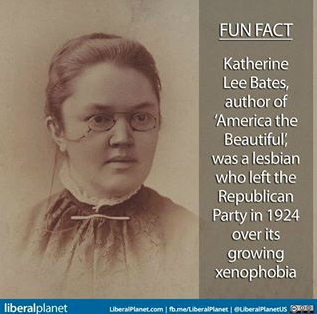 The nerve of Coca-Cola, not only having FOREIGNERS sing "America the Beautiful," which may or not be our national anthem....

...but these commies (your words) had the mysteriously brown grandbabied gall to have these...people singing the song that may or may not be the American anthem, in "languages that do not know what freedom is."

Oh yeah, in need of a good laugh, I joined you folks down in the swamp on the Coca-Cola Facebook page where anti-inclusionists and thousands of people who start their Aryan love poems with "THIS IS AMERICA, where..." showed up by the African-transporting slave shipload to voice their displeasure. I don't know about you, but I had a good time. 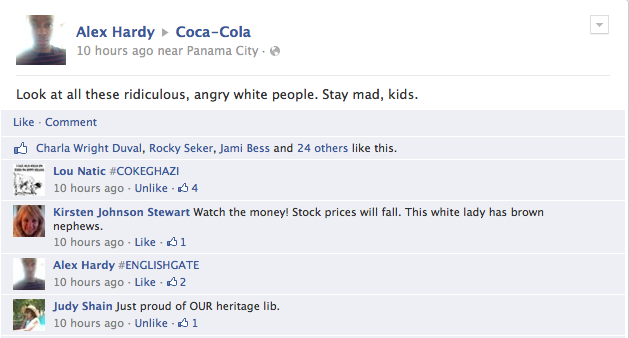 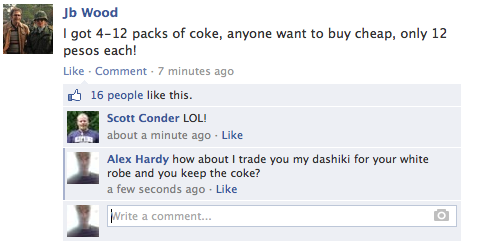 This woman has obviously never been to a country where American tourist dollars fatten the economy aka anywhere. 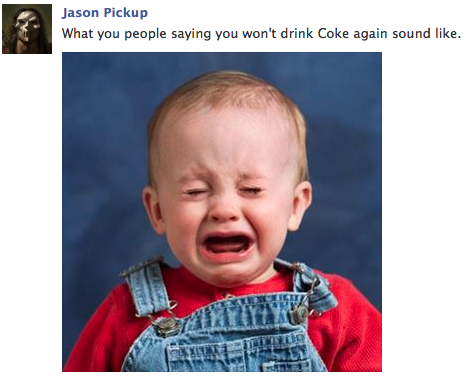 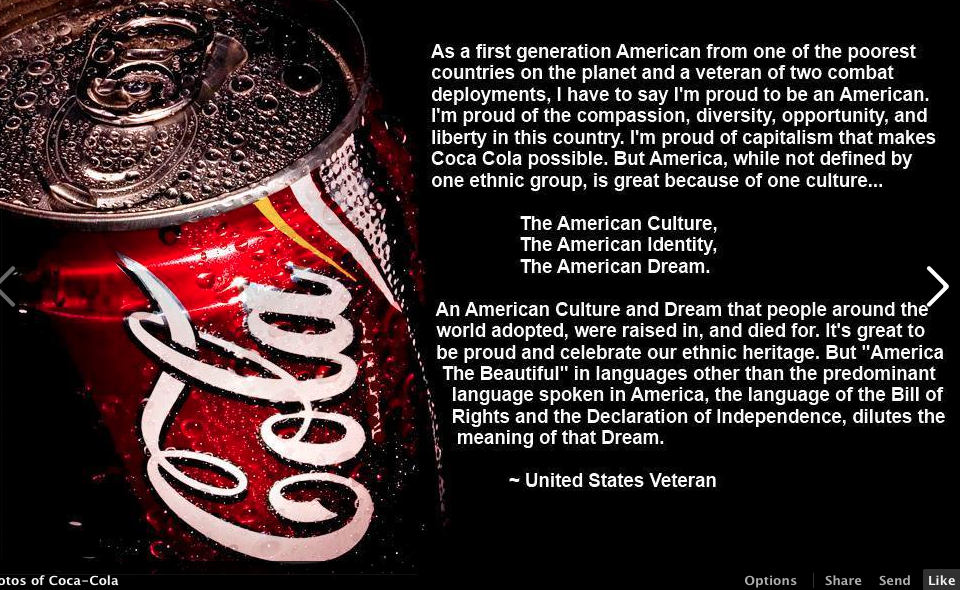 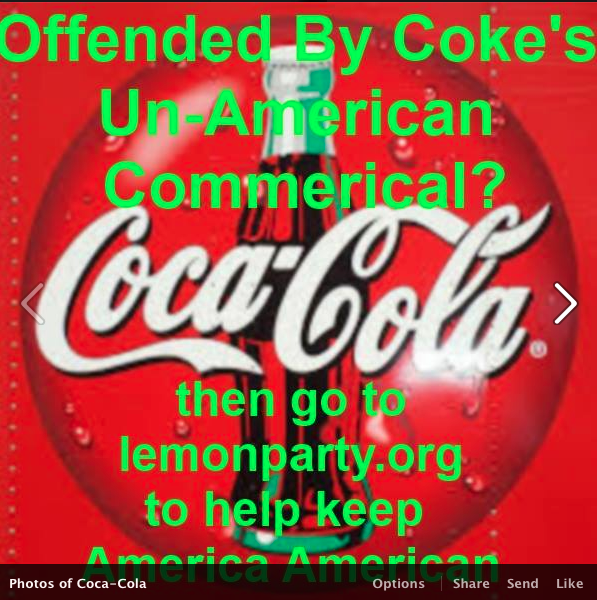 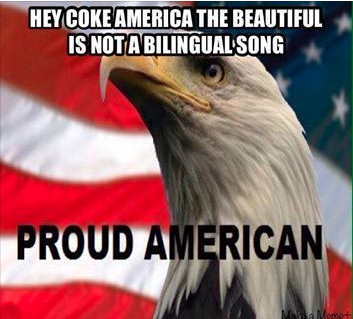 Forget that the U.S. doesn't have an official language.

I must commend you. You're so creative with your xenophobia-encrusted racism. I must also commend your clever mastery of code words. The whole newly patriotic lot of you. Seeing as how your beloved America was built by murderous British castaways who would possibly still be screwing one another in in huts were it not for the (forced) kidnapping and violation inclusion of, ahem, other cultures, your screaming points would be so much more accurate if you just substituted 'MERICAN for WHITE. Speak what's really on your heart, beloveds.

Because that's what you really want to say.

This is the most succinct encapsulation of your White fear. You fear fine ass Richard Sherman karma. But that's neither here nor there. My question to you is:

To quote Lauryn Hill, Our Lady of Destructive Jamaican Penis, "you might win some [see: Macklemore] but you just lost one."

Look. Times are changing. Lynching is (hopefully) no longer the main event at the family reunion and you can't keep the darkies away from the soda fountain at Woolworths. AND, as long as your little Tammy keeps hanging around Tyrone and Raheim, she's going to keep bringing home beautiful brown grandbabies that you can't deny. It's a new day, Mr. and Mrs. O'Reilly. Accept it.

Have a multicultural ass day.