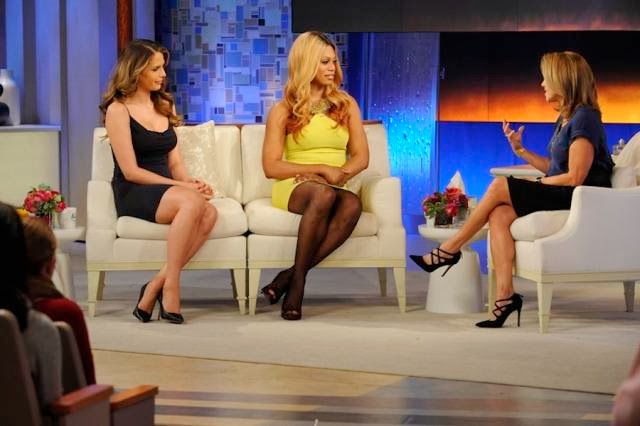 I've just watched a clip from a recent episode of your newly canceled talk show featuring two of today's most visible transgender TV stars, Laverne Cox of Orange is The New Black (which is not canceled) and model Carmen Carrera, of RuPaul's Drag Race fame. I don't need to explain to you, a veteran of television and remarkably adept job hopper, the challenges that they have overcome to be exactly who they are in the public eye.

These are two incredibly accomplished women, deserving nothing short of the utmost respect as guests on your sinking ship show. What began with pleasantries and polite smooches and a gracious introduction quickly descended into playground-level immaturity on your part.

You, on Carmen: "She was born a man and that's why she's on our show."


[Hearing this, Alex sighs a sigh of 1000 work-weary, chicken-deprived slaves.]

I know you had the nicest of intentions, having two gorgeous, accomplished transgender women on your couch, giving them an audience, deceptively showering them with praise. You appeared almost in awe of their normalcy, their attractive feminine presentations, surprised that they had the nerve to have dignity.

When you returned to your fascination with their "private parts," you mentioned that Carmen "recoiled" and appeared visibly uneasy when you asked if her genitalia was "different now." Laverne immediately reassured Carmen, who was more respectful in her responses than many other LGBT guests would have been, that she did the right thing and that she was proud of her answers. As if you expected a different answer to your reductive, dehumanizing heavily padded and prefaced question, you posed the same question to Laverne.

In essence, you asked, HEY YOU, WHAT DOES YOUR NEW PUSSY LOOK LIKE?


What the star-spangled fuck is wrong with you?

Would it be acceptable if I, who doesn't have a great deal of White women as intimate friends and am both uninterested in and unfamiliar with the inner workings of their vaginal ventures, asked you about your menopausal old white lady sex with your old silver-haired white fiancé on national television, because, well...the world is dying to know? Would you recoil? Would you feel ambushed? Offended?

Of course you would. This wasn't like diving into the mind of a serial killer, having them vividly spell out how they killed their victims. This was you expecting grown ass women to lay out very private anatomical details. No matter how you frame the question, this was you reducing them to oddities. This was you denying them basic humanity, forgetting that as public figures, they face the same insecurities, criticisms, and tribulations as yourself, Ye of Rapidly Changing Employment.

I know being in such close proximity to such glorious women may have been overwhelming to you. I also know that, to you, doing the hard-hitting stuff on daytime television means cozying up to 50 Cent, calling him your friend, groping his muscles, flirting with LL Cool J, wearing one of his Kangol caps and then raising the roof with him. Oh, you're so hip! But this? This was not the way to be controversial. You looked as uncomfortable with the subject matter as your audience did, defeated in your quest for graphic details and that elusive shock factor that would have been GREAT to include in commercials. I want to think that if you had it to do again, you would have thought this whole ordeal out a little more. At least, I would hope so.

It's safe to say that you were outwitted on this day. Though Carmen appeared more uncomfortable, they both kindly derailed and redirected your juvenile line of questioning. In the end of the clip, Laverne

with an absolute grace that you could stand to learn from. She kindly schooled you on:

and then reminded you that by focusing on their bodies and being transfixed by their transitions, that you are overlooking the great deal of adversity they face on a daily basis. 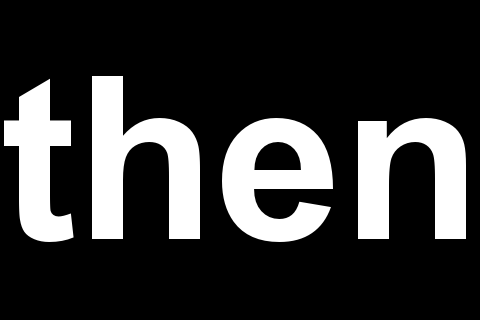 In an attempt to save face and eject yourself from the situation, you ignored her entire two-minute lesson and hit Laverne with

Teachable Moment One
Outside of an oratory competition, complimenting a person of the wonderful chocolatey persuasion on being articulate, eloquent, or well-spoken often denotes surprise at their ability to express themselves above a level expected of a slave.

I'm being semi-dramatic, but think about the last time someone called you well-spoken. When was the last time a coworker drew back, spun around and clutched their chest, spellbound by your speaking skills? Were you expecting her to pop bubble gum, pat her weave, and twerk while addressing you? Do you commend a medicated Britney Spears on her ability to string together cohesive statements?

No you do not. Laverne Cox is an actress, whose work you've seen. Obviously, she is a good communicator.

That sentiment says, "Most of you only speak jive, but you? You're a credit to your race and any organization would be lucky to have you as their Diversity Nigger."

Anyhow, shame on you. Do better. And stay out of the pants of those you're not humping.