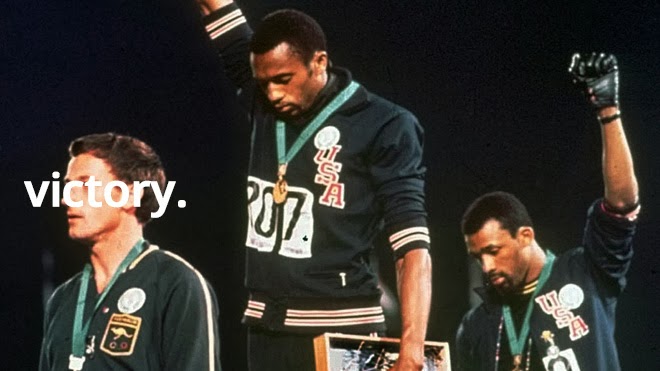 note: i'm recognizing the importance of my community. this community is not a strictly defined body, but an expansive, layered, segmented mass of minds, near and far, who influence me. for the better and in negative ways. those near me inspire me to be a better human, son, and black person. i aim to be better at living, writing, and sharing, and here is where i'll live out those attempts. in doing my bit to release less terribleness into the world, wednesdays will be devoted to speaking to, with, and through my community, and thus: crowd participation. every wednesday. you're invited.

What was your greatest victory of 2013? 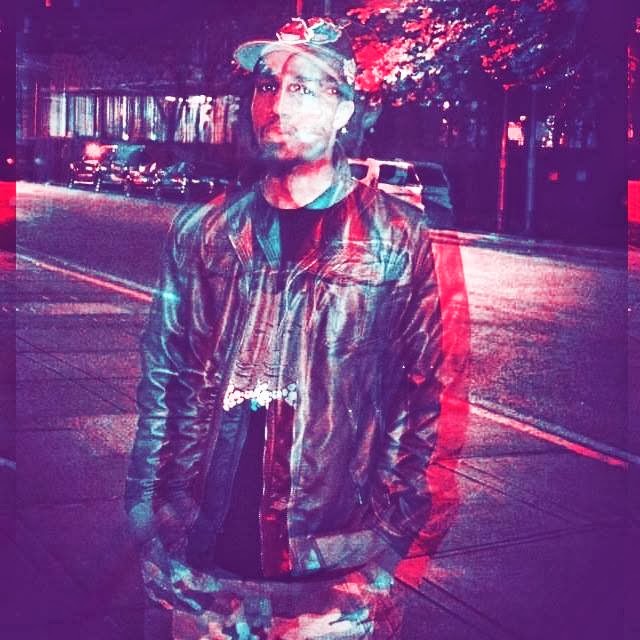 The definition of "Victory" often resonates with people as achieved goals that can be visibly acknowledged by others, whether it be a promotion, new car, or an opponent that has been beaten to a pulp. And in the past, I may have been one of those that subscribed to that semi-tangible descriptor. But closing out last year, I won something that will give me many more visible victories in the future: the confidence that I can accomplish anything. 2013 brought forth plenty arduous situations, some flaky "supporters", & mountains of stress. But it also helped me to expose my resilience, high character allies, & the ability to take on any pile of rocks, no matter how high, one boulder at a time. -Ronald Jolla, Writer, Poet.
Find Ronald: Facebook | Jolla's Prose 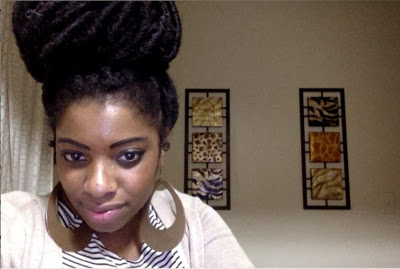 It was winter of 2013. Another wretched winter. A winter that I preferred to have been kissed and bathed in sunrays near a body of water but I was utterly stuck in the orifices of depression and concrete that is New York. I had just came back reluctantly from shooting Verano Negro in Peru, a whirlwind of perfect timing, random introductions with people who ended up being friends of friends, incredible interviews and spending time with soul-matched friends. I was back and I wanted out. The hell out of this place. It had been one and a half years since I started my passion project and I was miserable. Beyond miserable. And it had to stop. A great friend, a tremendous support of mine, and I had sworn off the U.S. of A and were going to do something about it. She resolved on Spain. So what of me?
I booked a ticket to the place, as my grandmother embarrassingly touts, “where I was made.” Panama. But this time was different. Habitually I go directly to the province where my family lives but the last thing I needed was to trade one city for another. I headed to the Panamanian islands. Where I had friends I hadn’t met yet, introduced to me by an angel known as Mai. Pascale and Lamar the keepers of the Yemanja hostel on Isla Bastimentos. I didn’t know it, but they would prove to be just as heavenly as the namesake of their business.
After lugging my huge suitcase in the boiling sun, Pascale’s presence greeted me. She was sick and I was dead tired. After the necessary small talk, we both went to our respective bunks to sleep. Lamar came barging in soon after in a way that would make anyone smile without even realizing it. Later, Pascale showed Viktoria, a new visitor, a bed in my room. I was annoyed. I didn’t feel to be bothered with a roommate so soon. I was pleasantly mistaken. I checked in via gchat with my best friend, by virtue of my craft, offered to edit a video for her. She outright refused, said I needed to rest well. I protested, said I was fine. I wasn’t. I obeyed.
For the next three weeks, I had all the time in the world to sit and ponder. Sit and talk. Sit and eat. Sit and swim. Sit and laugh. Sit and love. Sit an rest. Sit and sleep. Sit and connect. Sit and build. Sit and heal. And dance (that’s absolutely mandatory) In the most appropriate place that could ever exist; by the water, the sea, in the region that birthed me, among the most caring, thoughtful, generous, hilarious and intelligent beings I’ve encountered. Oh and the people of the archipelago? Outrageously familial. There was nowhere else on the planet I should have been except right there. At that time. My grandmother made the usual fuss about when I was to come visit her. I told her she’ll be seeing a lot of me and for longer than she bargained for soon enough.
Life decisions were made. There must be a reason why out of six children, my mother was the only one that immigrated to the Unites States. There must be a reason why I felt completely at home in any and ever Afrodescended community I’ve set foot in, in Latin America. There must be a reason why I have always had this burning consciousness and desire to seek out and highlight our stories. I found it. I found what will deliberate my steps and how to manifest them. AfroLatino Travel, my 2014 move to Panama and the renewed thirst, need and drive to document the varied histories of the Afrodescendants in the country and to collect these stories from our wider diasporic legacies faced a new and focused direction. I always believed that people just used the mantra “everything happens for a reason” to assuage failed attempts and broken dreams but I realized there is no failure in kismet.-Dash Harris, Journalist.
Find Dash: 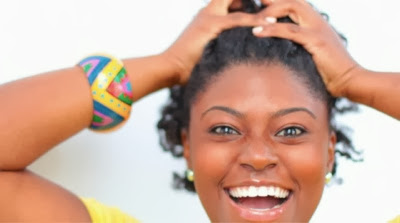 I sat in the warm white room with high ceilings in front of Rosaida, the resident Santera of Casa del Caribe in Santiago de Cuba. “Your grandfather was a victorious man!” she told me through the cards. Traveling to Cuba this past summer was my biggest victory of 2013. Despite all of the trials and tribulations I finally made it to mi abuelo’s tierra natal. I had finally made it home and according to the readings the rest of my life would begin after this trip, and it did. After returning to the States and ending my stint in L.A., back home to Brooklyn I went and literally hit the ground running. I finally started to check off a lot of items on my never-ending list of goals and things to do. That travel web series I began shooting in January while living in D.R. finally went live in November. My love life even took a short-lived turn for the better! I was able to figure out my biggest fears, rejection and abandonment, and learn the importance of sitting still through meditation. All because I took a leap of faith and lived up to my phrase for 2013…”be fearless.”-Bayyina Black, The Planet Blaster. 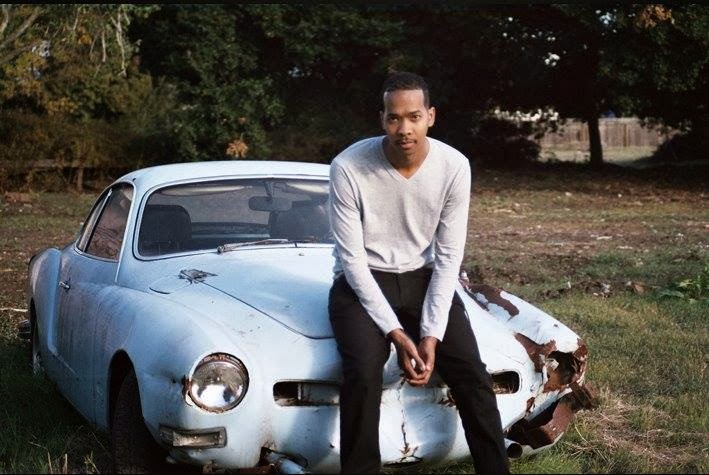 As a poet, it might sound bizarre coming from me, but my greatest victory of 2013 was finding my voice. Not my literary voice or writing style, but the actual voice-box that houses my sense of being. I don’t know when exactly we as human beings lose our voices, maybe its somewhere in grade school on the playground that we set it down and some of us never pick it back up. Yet here I was, this “Grown Man” performing my own poetry all over the world; uplifting and inspiring others to stand on their word but wasn’t answering my own clarion call. As if I forgot to pay my phone bill.  I wasn’t voiceless, I just wasn’t firm in my ‘Yeses’ or ‘Nos’ even my compromises compromised. At some point last year I was giving out advice and laughed in my head, because I wasn’t taking it myself. In that moment I said, “No more” and I began searching. I’m not sure if it was on that playground, the bottom of the Pacific or stashed under my mattress but I found and reclaimed my voice. For me it’s the greatest gift I could ever give myself.-Chas Jackson, Writer, Poet
Find Chas:
www.iAmChas.com | Chas Poetry Facebook Page | Twitter

What about YOU?
What was your greatest personal VICTORY of 2013?
tell me in the comments below.

would you like to be a part of crowd participation? contact me HERE and let's discuss it.