On Hearing Mary J Blige's Christmas Album Against Your Will

So, I'm home in 1998 (Hampton, Virginia). Yesterday, while preparing Christmas dinner with Mompiece, my soul just a-humming with joy, knowing that I have all the grits and brown liquor my chocolatey heart could ever desire in a cabinet less than 10 feet from me, my Dad took it upon himself to bless subject us to the seasonal stylings of She Who Excels Musically Amidst Personal Tragedy, Mary J Blige. Yes, folks, I survived A Mary Christmas. I will refrain from insulting her intelligents and suggesting she may even be aware of the play on words here. 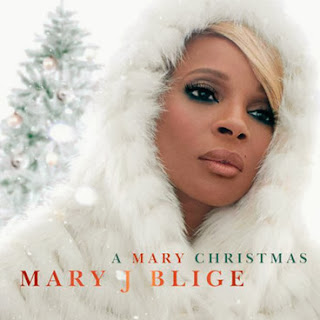 Now, I'm not the type of daredevil Coloured who goes and chases tragedy by doing wild things like sharing elevators with Trump-loving white women, adding sugar to my grits or kissing dogs in the mouth, so this wasn't exactly the kind of life-risking I was eager to engage in on the morning of the alleged birth of olive-skinned #TeamNaturalHair Jesus. When the opening notes escaped the under-cabinet CD player, I was slicing yams, for fuck's sake. Such baiting of death is something like cocaining while gulping 4Loko while twerking atop a chainsaw: it is not advisable, to say the very damn least.

But, I don't pay bills here and so I lack the authority to veto any Manger Day Danger my madre and padre decide to participate in. And so, I stood there, now mashing these yams, and I listened.

Thankfully, Mary J has not yet descended into the moldy underbelly of my Dislike like other pestilent upright-walking human rights violations with names that rhyme with Norge Killerman. Sentences tumbling from my mouth that include Mary's name typically include "tolerate" or are preceded by phrases like "Aww shit. Let me see what the fuck..." I was totally here for Embattled Mary with the black boots in the early 90s. And I even chortled lovingly at her turn as Chocolate Self Awareness-Free Barbie in the early 2000s as she karate chopped those poor defenseless notes and wailed and heehawed onstage with Whitney at Divas Live. Mary has a strong catalog, for sure. But unlike the brittle-voiced cult favorite Cassie and the ultrasmooth Jhené Aiko, Mary doesn't appear to give a kilobyte of a fuck about the limitations of her voice. Enter: screaming.

So, I'm mashing yams. The album opens with "Little Drummer Boy," the classic holiday jammy jam about a giftless boy who, with a pencil and a closed fist, did the beat to The Clipse's 2002 hit "Grindin" on the manger's lunch table for a smiling baby Jesus, fully expecting to be allowed to partake in some of Mary's famous turnip college greens that could be smelled from inside that crockpot throughout all the The Land Before Time, even by the Three Kings, who were going vegan for 22 days in solidarity with Beyoncé and wouldn't be able to have any because Mary, naturally, used fatback.

Even before the song ended, it was immediately clear that Mary had taken a more classic approach to this project, opting for singing as opposed to SANGIN' *CHITTERLING SLURP*, and that's totally fine. She even took care of the most important requirement for anyone looking to produce a holiday album they expect to have taken seriously: the black choir. I was able to draw another key conclusion before the song's closing harp strums: White Producer.

Checking the album's credits after stirring vanilla extract into the mashed yams, I saw the Timeless Album Whisperer, David Foster, credited with arrangement on most of the album. This was not to be a Motowny event.

Her takes on "Have Yourself A Merry Little Christmas" and "My Favorite Things" were pretty standard. 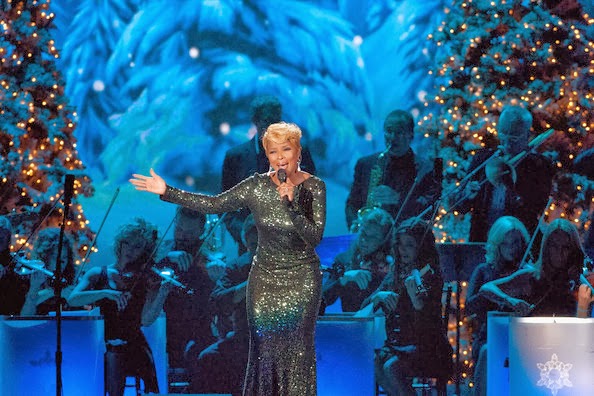 She built a house in the Land of Restrained Blackness on "This Christmas," a song that doesn't sound complete without a little stank on it. The only way this song could have been safer and more plain would be if she resang it while comatose. Ever eaten dinner in a household where meat is moved directly from pack to pan without any added seasonings? This song is that. Uncle Negro, Donny Hathaway, would be ashamed.

Mary got a tad funky by scatting and beebopping on "Rudolph, The Red-Nosed Reindeer," tap dancing up and down the scales backed by a bass and big horns. It felt a bit grandiose and ridiculous, but if She Who Popularized Asymmetrical Blonde Wigs Trimmed With Steak Knives a decade ago thought it appropriate, who am I to judge? The first image I got was "Halle Berry as Dorothy Dandridge in an a backless gown singing this on stage as The Coloured Entertainment at some company's Whites Only holiday party, right before being escorted off stage by a gloved hotel manager, through the kitchen, out into the alley to pee."

Then. She makes plain her aim for mainstream appeal by singing "When You Wish Upon A Star," from Pinocchio with Mother Whiteness, Barbara Streisand. I like to imagine she recorded this with a mug of coleslaw in hand, wearing lululemon yoga pants, donning a blonde wig with chunky auburn highlights, channeling Gentrifier Barbie. Listening to this while spraying the baking dish where macaroni and cheese would be baked, I couldn't help but think: Shit. This isn't laughably terrible as I expected.

Something interesting happens when you're bombarded with something you know, on a molecular level, you should dislike. I'm reminded of when I fell in love with her "Be Without You" in 2005 and my organs liquefying when I found out it was Mary J's song. Living in Post Crispy Chicken Carol America, when I hear Mary J Blige crip walking toward the upper limits of her vocal range, images of Black n Milds tucked behind ears and of straining neck muscles usually dance in my head. But on this medically subdued holiday extravaganza of an album, none of the typical grit and palpable Bligean struggle was present. It was almost like listening to Nene Leakes polish her piano key teeth, take the boxed Moscato out of the deep freezer, dump all of her newly learned fancy $9.99-new-money-nigra words onto a platter and head to her office Christmas party, potato salad in hand, where she was the Black person. Except it was convincing. I believed Mary here on these pretty yet bland textbook standards.


I even believed her when she sang "Petit Papa Noël" in French. I didn't dry heave on top of Grandma's ham when she sang "Noche de Paz" in Spanish with Marc Anthony. It wasn't like watching the Asinine Attention Whores of Atlanta get gussied up for the white gaze. No hives here. It was less "Harriett Winslow (and the razor in her purse) Guest Stars in A Full House Christmas" and more "Laura Winslow Gets Accepted to Harvard And Learns The Financial Benefits of Code Switching." Mary realized that shucking and jiving under the mistletoe would only fatten her pockets so much. From the opening notes of her Barbara Streisand duet, I thought: Chestniggers Roasting On An Open Fire Live From the Kristmas with the Klan Holiday Special Macy's Thanksgiving Parade. And she rode that white horse all the way to the bank CMA Country Christmas Special. What a long way we've come from our Prison Song days.

I generally hold Mary J in the same regard one would hold that beloved aunt with the reckless mouth whose yearly one-woman show at holiday gatherings is brought to you by the letters E&J poured heavily into her eggnog and an endless supply of Newports dangling from the corner of her black lip liner-rimmed mouth. Loved from a distance, despite their unshakeable dedication to their life as a two-legged cringefest. I can admit waiting to hear her kick off her kitten heels, Black it up and give me one good wig-shifting, dark liquor moment. It never came, but it was refreshing enough to see Mary J's attempt at a timeless project. While this is no La Face Family Christmas, it is encouraging to know that Mary's finally released something unoffensive and hot sauce-free enough to be played in department stores at Christmas time for years to come. You go girl.