on panama, part one. 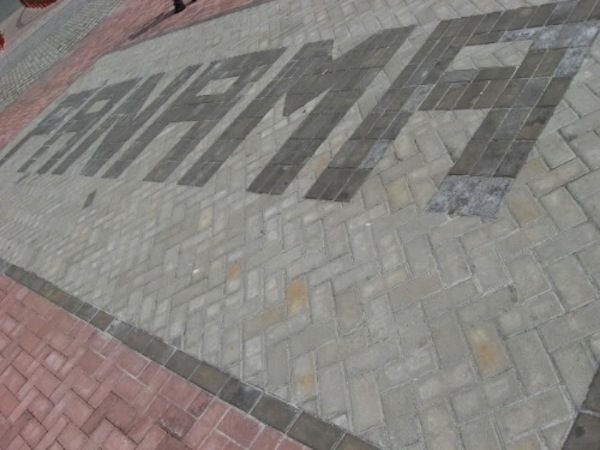 After much ado and an apparently increasingly negative string of Facebook postings, the first chapter of my Adventures in Panamaland has come to an end. Yes, I am back on American soil.

My 21 months down in Panamá (which is not, mind you, "over by Mexico") were insanely transformative, necessary, mind-blowing, and eventful. Despite my many, many, many, many gripes with the country and it's unique citizens, it was a beautiful time. I did everything I set out to do. See below:

It was the first time I was able to support myself solely on my talents. No, I was not selling penis. No, I didn't get paid to eat. I did, however, build a company and employ, among others, nice, clean, white people. I was, for a moment, THE MAN (with the paychecks). I even made them wait for checks once or twice, so if I don't do anything else in this life, I at least have that to brag about. I ate good. Got wasted in public. Kissed a girl. Gained weight. Lost weight. Accidentally sent a dick pic to a client. Got robbed. Met new family members. Humped aforementioned client. Got food poisoning. Was mistaken for a rapper. And a drug dealer. And will.i.am. Employed friends. Got molested by a drunk older (yet hot) woman curious about "LA PINGA NEGRA." Overcharged people (who were more than willing to pay). Climbed a tree barefoot. Fell in love with someone who "didn't have time." Got thrown in the back of a police vehicle. Overstayed my visa. Was called Brazilian. And Jamaican. And Haitian. And Cuban. And Dominican. And "African." And French. And Nigerian. Almost drowned at the beach. And humped a cop. You get the idea.

Needless to say, it was fucking amazing overall.

As I said my goodbyes, I made a habit of telling people there that I'd be back soon. This, of course, was, you see, a lie. A well rehearsed, reflex-like lie intended to minimize sadness among friends and give a sprinkle of hope to those now faced with the impending Sexual Dark Age that shall overtake Panama City in my absence.

They'll always have the videos memories.

Truth: I have no intentions of returning to Panama any time soon.

At any rate, I knew my time was winding down when, after returning from an east coast Sex and Debauchery Tour Christmas back home, I found myself trying to evaluate my experiences and draw conclusions, looking toward my next moves. This usually tells me that it's time to pack my shit and move on.

I fought it for a while, oscillating between staying longer to continue expanding my growing company (Panamerican English Services), adjusting to the other worldly dance scene and fighting through my social, romantic, and creative woes and building una vida súper fabulosa y magnífica...or packing my life into two suitcases and a duffle and hitting the road (Jack). 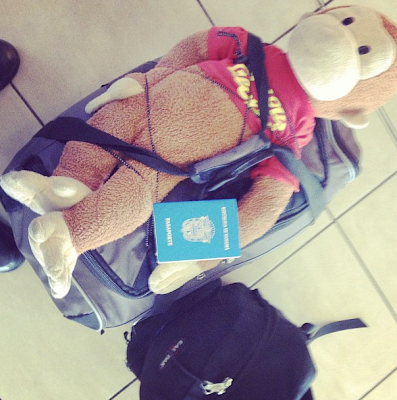 Obviously, those two bags and a duffle were more appealing.

I have just started the lengthy process of wrapping my mind around the Panamaland Adventure. Unpacking it all will take some time. There are decisions to evaluate, lessons to be learned, epiphanies to seek, sex partners to rank, and so on. Shit's stressful, man.

Though I have no concrete plans for the coming months, what is certain is that leaving when I did was absolutely necessary. As was the case before disappearing from Los Angeles, new and potentially lucrative opportunities appeared before I left Panamá. I knew the tide had turned when I passed on these great things with little hesitation. Even if I did solidify that teaching contract with Copa Airlines or start teaching that team of engineers working on the Canal expansion, the same dissatisfaction would have lingered. I would still have a dozen mini-meltdowns a day, outraged by the tiniest injustices. I'd still wish violent herpes outbreaks on a dozen scumbag taxi drivers day in and day out. I would still be searching for the missing creative inspiration. Just with more money...and more reasons to put on stuffy clothes in a humid tropical climate to shake white hands and silently lament the complete absence of faces that look like mine in my corporate dealings.

What happens now?
I am currently in New Orleans, recharging, eating, and, with any luck, sampling the locals. I am building a new business, launching a new website, getting my body together, loving on my good friend's newborn, riding around town on an awesome bike, trying decadent high-calorie new foods, using wifi in coffee shops, lusting and eye-raping, learning Portuguese, teaching online, hunting for ghetto girls to befriend and dance with, smiling at and greeting everyone like a good Southerner should, journaling, and enjoying my motherfucking life.

After this, I shall swing through Texas, hopscotch over to Atlanta before landing in Virginia's Butthole (Hampton) for a split second. Then: Washington, New York, and a one-way ticket to Brazil because why the fuck not? Before you ask: there are no timeframes for any of this.

So much has happened that I've essentially felt uninspired to write about. Now that I'm able to actually sit down and not worry about any horrible ass business casual costumes or feces-eating doormen/security guards suspicious of a "rasta" coming to visit a precious white woman at 8 in the morning, or widespread, baffling ineptitude, or Panamanian traffic, or Panamanian taxi drivers, or the discrimination that "doesn't exist here," or the Panamanian rainy season, I can begin to make sense of it all...good, bad, regrettable, and brilliant.

The coming posts will also serve to answer the many questions I get without having to copy and paste faux-personal e-mails and messages.