January 11, 2012
I observed a Faded Glory denim set situation yesterday. And it wasn't in a vintage Walmart commercial. Here I am, thinking all Faded Glory products were recalled and burned in some seized crackhouse in the Bronx, but alas, there she was, with guesstimated pencil-thin eyebrows, a fuschia sheer top that likely hasn't actually "fit" since about the time "Thriller" dropped, matching eyeshadow (and eyebrows), chancletas, and a stonewashed denim set with FADED GLORY emblazoned across the back.

Panama is magical in that way.

Just when you think, say, Nautica, is dead and gone, only to exist in a well-hidden photo album of your tragic, virginal adolescence, BAM: a whole fucking store with employees and sales and new weekly shipments from a warehouse in Downtown 1995 and customers and so on.

A gigantic Tourism Board-sponsored roadside winter wonderland display filled with that which evokes memories of arctic New York winters and hearty laughs with the family back home: mermaids. With icy fins. On a sled. Surrounded by icicles. In super tropical Panama. Stunningly dumbfounding. And I love it. Even the most imaginative aspirational Atlanta-based Tweeter couldn't conjure up images this rich. This is my life in Panama. One surprise after another. And I love it.

I made it. I've officially crossed the SIX MONTH mark here in Panama.

This achievement comes, mind you, without being involved in a scuffle lost in a strange area robbed being gifted with explosive diarrhea from a highly recommended yet wonderfully disgusting restaurant being robbed again mistaken for will.i.am. witnessing domestic abuse being propositioned by a police officer killed. Clap It up for me and shit.

To call my time here 'colorful' would be a great understatement. I am transforming constantly. I learn 100 things about myself and the world around me daily. My plans to document every step of this adventure crashed and burned pretty quickly. I've been caught up in...living. Eating. Expanding. Shrinking. Dancing. Teaching. Stealing wi-fi. Sweating. Worrying. Procrastinating. Lusting. Cross-cultural Sexual Behavior Exchanges. Important shit. You understand. 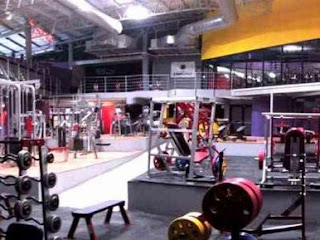 I left the school where I originally taught Zumba for my first five months. While I love the environment, though teaching HALF of the classes offered, the money didn't merit the amount of work it required. On to the next one. Now, I'm teaching three classes weekly in Powerclub's newest location in Albrook. It's the biggest national chain here. Think: New York Sports Club, but with reggaeton and dance mixes of all the Top 40 songs you love to hate blasting everywhere you go. And Spanish-speaking women with the most perfect asses I've ever seen. (Even I can admit that.) I love the gig. Just over a month in, and the attendance is more consistent than in the previous school. Also, more room for growth. All of that, plus better eye candy. Seeing the same 30-70 year-old women daily is a bit of a hormone deactivator. In short, it wasn't the most ideal place for my ongoing campaign to plant seeds and paint faces across the region. (see: aforementioned Cross-cultural Sexual Behavior Exchanges) You understand.

Had my first actual dance workshop here. Done small things here and there with different groups, but this past weekend, I got to teach alongside a very good friend and fellow choreographer, Ahmed Burgos. We taught a smallish group of kids out in Chorrera, roughly 30 minutes outside of Panama City. I was nervous for about three minutes. I teach Zumba in Spanish, but with hip hop dance, I have to be able to give very details instructions and suggestions while teaching. The Zumba moves are less specific. The choreography, I wasn't stressing over, but the language. In the end, all worked out great. The routine was a tad difficult, but most did well. There was even a juicy little young thing who, in a different time and place....well...yeah. Good times. Now that the summer vacation's in full swing down here, I'm teaching a hip hop class and a Cardiodance class at Ahmed's school, BEAT Dance Studio. Yesterday was the first hip hop class. Today: Cardiodance. Similar to Zumba, but less structured, and I can follow whatever format I chose. Read: same fucking class minus Zumba music. BEAT's become something of an extended family for me here, welcoming me into the fold, allowing me to dance and teach there, and so on. I even spent the weekend with Ahmed and his girlfriend/biz partner, Maria Victoria at her family's home in Las Tablas for El Desfile de Mil Polleras (Parade of 1000 Polleras) back in November. Dope.

Aside from all of that, I'm still elated to be here doing what I set out to do. It's not perfect, but I comment often that I'm happier here hustling (Mom says I moved to Panama and became Jamaican) than I have been since first moving to New York in 2006.

Currently getting back into the swing of things after a MUCH needed break back in the States, where the itinerary was: eat, eat, and eat. And plant a few seeds if possible. But more importantly: eat. And be lazy on Mama's couch. And sleep. And stare at my nieces. And after that? Eat.

Oh, I had a birthday and things.

And no: there's still no exit date in sight. I can, however, say that the next stop on the Get Happy Express will likely be Brazil. And you will deal.