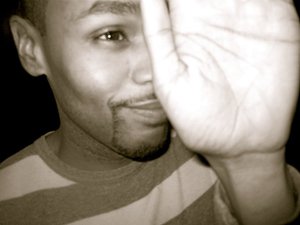 So, the homie Michael dropped this genius piece on his personal site, The Cynical Ones, last week. The topic: fame whores, "making it," success and how to achieve it. I don't really have much to say, except that I found myself nodding in approval of essentially every fucking sentence. This guy is a beast with the words. Sure, he'll shock some with his approach, but the message is clear and perfectly worded. Aside from informing me of the existence of catfish nuggets, he, in fact, motivates me to suck less as a writer. Get in.

Will You Marry Me, Rob Kardashian?
So maybe it’s time for me to reevaluate my life goals and the methodology in which I plan to attain them.

It’s becoming increasingly harder not to be at least a teensy bit jaded about celebrity culture’s choke hold on the media. Yesterday, I read that New York Times best-selling author, Snooki, admitted that she has no idea who J.K. Rowling and Maya Angelou are. I still have yet to see a single episode of Jersey Shore (on purpose), but based on what I’ve seen of Snooki in the press that revelation doesn’t surprise me at all. She’s just one of many intellectually challenged personalities turned pretend writers who can claim to be best-selling authors despite needing a ghostwriter to help them finish writing their ABCs.
....continue reading.

You may also stalk him via his new Tumblr with the best title ever, Fried Fish & Feelings.

all feedback is welcomed. yes, even those of you in the Bronx.|be notified of new posts: Subscribe
friends positivity