July 04, 2011
Gone were the bright and shiny sprawl of the Mexico City airport. No corporate-sponsored, grand illuminated displays. No designer glass walls, multilevel dining wings and Samsung charging stations. The super modern and overly accommodating facility with its overwhelming sensory appeal from hours prior was replaced by corridors under construction and a muted, industrial feel. Functionality and minimalism reign here. 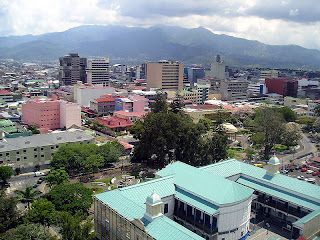 I had arrived in Costa Rica.

Even while physically exhausted, landing near midnight has its perks. I breezed through baggage claim and customs without the expected throngs of tourists and kids. Exiting the airport was an adventure in itself. I exchanged my cash for enough Costa Rican Colones (or so I thought) and rolled my gang of baggage through the sliding glass door. Cigarettes and exhaust fumes. Mmmm. A dozen or so cab drivers swarmed anyone with a bag in hand.

A gangly, scruffy string bean of a man in jean capris thrust a sign in my direction. My name was scribbled on it in thick, sloppy black letters.

The hostel where I'm staying had arranged a cab driver to pick me up from the airport.

I waited on the cold, metal bench. Gangly man produced sign after sign from his jacket bearing the names of arriving travelers. Like eager hookers the night before rent is due, taxi drivers hustled and questioned and harassed and (if lucky) corralled waiting potential patrons.

"Come. This way." A few of us waited  together in silence, keeping watchful eyes on our bags, making sure not to appear too friendly. Then: dreads! A five- or six-year old boy with shoulder length locs offered me a piece of gum.

Black people!  A family of four, traveling from Houston, I had gathered. Gorgeous kids. Handsome father. Dumpy mom. Can't win them all.

A nondescript white van appears. Instructions and jokes are exchanged. Money is passed.

"OK mi friend. Hop in," Carlito The Cab Wrangler beamed. Bags in the back as I hopped up front.

Who's playing on the radio in Costa Rica at 1 AM?

Off we went. Entering the highway was less of a production than anticipated. No billboards announcing my arrival. No band singing WELCOME TO COSTA RICA ALEX, YOU'RE GONNA LOVE THE FUCK OUT OF IT over a bustling reggaeton beat. None of that. Leaving the airport was like turning onto any other minor road. "Buckle up," the driver spat from behind his dangling cigarette.

On the radio now: Rihanna's "What's My Name?"

Though the driver's style of navigation was not exactly the welcome I'd foreseen (texting while flying through turns, crossing into oncoming traffic to go around slower vehicles, obeying red lights as he wished) the drive was gorgeous. Since the highway was closed after a few miles, the back roads gave me an up close view of the town. 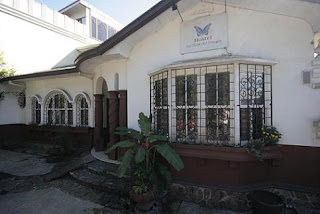 After about 20 minutes of zipping through the streets connecting Alajuela with San Jose, I arrived at my home for the next few days, Casa del Parque Hostel, next to the Parque Nacional. Was I nervous about staying in a hostel with strange foreigners with differing hygienic practices? Absolutely. But I wasn't about to let my anxiety affect my experiences. More on the varying hygienic situations later.

The Casa del Parque Hostel is the top-rated hostel on HostelWorld.com. There are dozens to chose from, but my time here has been more than awesome. To be surrounded by generally friendly, open-minded people who are more than willing to share their experiences and knowledge is incredibly rewarding already. Upon arriving, I dropped my bags and collapsed into a waiting bed. To even consider the world of hostel living one must suspend any affinities for grandeur, luxury, and excess. It's basic living for an affordable rate. Only the necessities. And, if you're lucky, your privileged American ass may learn something important about yourself and/or the world. It's a win-win situation.

I've been here three days so far. What was supposed to be a day and a half in San Jose has turned into me staying here until Tuesday. Then, I depart for Panama via the Tica Bus. How long is the trip, you ask? 16 hours. Landing in Costa Rica as opposed to Panama City saved me almost $200 in airfare. Is the inevitable discomfort that is to come worth it? Absolutely. Being on the strongest budget ever, I've already accepted that I wont be traveling in style, hopscotching between cities on private jets and the like. And that is okay. This is a journey chock full of new experiences. Every single thing I do I will be doing for the first time. Meeting family for the first time. Being devoured by Costa Rican mosquitoes for the first time. Lusting after burly Costa Rican taxi drivers for the first time. Why not soak it all the fuck up and make the most of each moment? 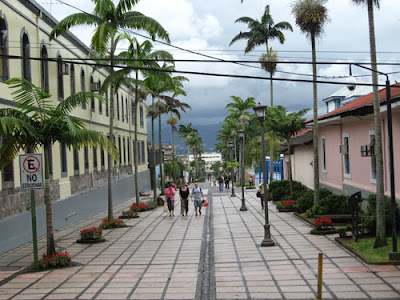 Many of you have sent encouraging emails and inspiring Facebook messages drenched with exclamation marks asking how I am feeling. Being away from Los Angeles for only three days, I could already talk for hours on end about my experiences and realizations thus far. In time, each of you will get an earful. Without pouring out every detail, I'll just say that this is easily the best thing I've ever done for myself...well...aside from not dying from Lupus. That would be number one. This: number two, hands down.

Thank you to everyone who has said, "I'm happy for you" as opposed to "OH MY GOD I'M GOING TO MISS YOU DON'T GO I NEED YOU HERE WITH ME I WILL FEEL HORRIBLE AND MIGHT DIE IF YOU GO, HEAR MY CRY PLEASE."

Thank you for knowing that this isn't about you.

Stay tuned as I attempt to put my perpetual awe into words.


All feedback is welcomed. yes, even those of you in the Bronx.|be notified of new posts: Subscribe
costa rica travel