If you're reading this, you've made it to 2011. *applause* It also means I have not forgotten the login info for this site. Well, after a string of insults and inquiries as to weather I a)had abandoned this blog or b)was dead, I figured I should get off my ass and start the year on a good note. I had a grand idea to do this wonderful "Ten Things I Learned Last Year" situation, but it's lost its charm, and I am not really motivated to force that out.

I can say that the year is of to a promising start. Lots of interesting things are in motion, and I am certain this year will be memorable. 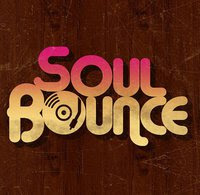 For one, I'm a few months into writing for soul music site, Soulbounce and I love it thus far. I get to write about under-the-radar artists alongside some pretty dope ladies (and gentleman) and it's been a great ride. Previously I'd only really written for this blog, and its other versions. I've learned a lot about my value and ability as a writer, and about consistency, as I'm required to write something new daily. I've challenged myself, and I am digging the results thus far. In December, I wrote one of the best things (in my opinion) that I've ever written, this piece on Janelle Monae's The ArchAndroid, our album of the year.
Check out all of my work for Soulbounce thus far: here.

The other thing I'm really excited about is The Page Turners. Essentially, it's a site for book discussion, reviews, recommendations, etc. Birthed by Nakia and I, we've brought together a handful of bookwhores for some group nerdery and awesomeness. We talk about our favorite books, favorite authors, our book collections, and so forth. I really really really dig it. Stop on over and check us out, loser.

Alright, now that I've got all of that out of the way, here's what I'm most hyped about.

Moving, to me, is nothing new. I've had 13 addresses in the last eight years. I've lived with exes, deluded and batshit crazy late-thirties negro hair care company executives, subway car benchpressing vaginal bandits named "Sweetback," dancers and dopeheads, and so on.

Now, though, I'm six months into life in my own apartment, something I haven't been able to say since I was 18 in Virginia. I love it blah blah blah fuck roommates blah blah blah...This week I bought a one-way ticket to Panama.

I am moving to Panama. Where my mother was born. Where my Grandmother's eldest brother and a great deal of relatives I've never met (including an uncle with over 50 kids) still live.

I couldn't be more excited. The trip began as a few weeks at a school in Boquete, where I'd study Spanish, live with a family, and be completely immersed in the culture. I figured I'd learn more living in Panama than I would in an American classroom. Attaining fluency and learning about that side of my family is important to me, as my Grandmother is reluctant to discuss her childhood, and I'm one of the few in my family who wasn't born and hasn't visited there.

Then, I figured that, if I didn't attempt to see the ENTIRE country/region, I'd be selling myself short. To go for eight weeks of school, come right back and start school again, and not get to wander, hump the locals, and soak it all up, would be a bummer. So, a brief stint became a one-way journey. I'll do school down there for a bit, hunt for an English-teaching job, meet my family, and hell just try something different.

It's time. Since I've backed out of the dance world, I've been attempting to come to terms with my purpose here in California. Yes, I've matured, become more socially independent, met some amazing people and fallen back in love with writing. But being the analytical jerk I am, I needed something bigger than that. Well, I don't have it. So, whatever. Besides, while I am truly spoiled by the weather (not including these recent, racist ass 40-degree nights), there's not much here in Los Angeles that I'd miss enough to stay any longer than necessary.

The way many coloreds feel a pressing need to visit Africa and reconnect with their past and bridge a gap across generations and all that PanAfrican jazz, that is how I feel about Panama. As weird as it may sound, I feel like I am going home.

I'm going for my mother, who hasn't been back since she left as a teenager. A few years after landing in Virginia, she met my father and started a family. Combine that with her struggles with lupus, and she hasn't been able to made the trip I know she wants and needs to make. A life goal of mine is to make the trip with her some day, and this may be the chance. Perhaps I'll be in a position to fly her down so she can be reintroduced to the land of her birth, decades later.

Connecting with my heritage is important to me. Whereas my sister opted to learn (and never use) French, Spanish has always been my priority. What better way than to live where I have no choice but to utilize the language. While English is spoken heavily in the capital, I am geeked about living simply and modestly, the way the locals do.

I'm not on some, "I'm never coming back to the states" shit, but I just have to continue this streak of taking risks and ultimately doing what makes me happy. If a teaching gig lasts 3 months, cool. If it's a six-month contract, fine. If it lasts a year or more, fantastic. There's not much in Califerny that I'm thrilled about besides school. I just want to be able to tell my long-haired children with their perfectly curled eyelashes that I followed my dream and did exactly what the fuck I wanted to do. I've heard, "Man I wish I could do something like that" from countless people, and I'm glad I don't have that fear. Picking up and moving to New York at 20 caught many by surprise. Same for relocating to Los Angeles in 2009, sight unseen. My thinking is: "WHY NOT?" What's the worst than happen? I could hate it, declare myself Mexican, and settle in Tijuana, dodging kidnappers, living off $1.85 a day. No biggie. What have I got to lose?

Then there's this: Not to get preachy and emo, but six years ago, I was in a coma. Not a fried chicken-induced food coma, but a real ass "you-should-probably-start-making-final-arrangements" coma. I went from healthy, active dancer, to comatose lupus patient in TWENTY FOUR FUCKING HOURS. I wasn't supposed to live. I wasn't supposed to walk...or dance...or be independent...or have hair...or move across the country. None of that. But after carpal tunnel, dialysis, months of chemo, hair loss, learning to walk, public humiliation, and so on, your perspective on life will surely change. At 20, I figured I may not have the two years I wanted to wait before leaving Virginia. A long life of dance, independence, and normalcy was no longer guaranteed, so I started thinking, "Fuck it. Why not?"

And so, the same applies now. Why not? Why be miserable? Why kick yourself in the ass years later saying, "What if I had humped that fine ass pastor I met in that bar that one time?" Not that that's happened to me or anything, but you get my point. Fuck it. Do it. Whatever it is.

I must admit, much of my attitude comes from reading the essay Self-Reliance by Ralph Waldo Emerson. He discusses the importance of acknowledging, believing in, trusting, and running with your ideas, regardless of how unconventional or unpopular they may be. So true. So necessary. It's okay, shock someone. Do something you didn't think you could. Shave your head. Live on a farm. Fart in public. Dump that deadbeat. Do it to it. I promise, nobody will explode based on your decision. Who cares?

So now the hard part begins: making this trip financially possible. I have no fear that I can handle it, as I'm a firm believer that you can accomplish most things in six months time.

Now, since I must open said supercool restaurant in...*checks clock*...four hours, I suppose I should get some rest.

Oh, I won't ever leave this blog unattended for this long again. Blame Sarah Palin, or something.