October 18, 2010
There are times...when we look above and beyond....oh, wrong intro. Um. *shuffles papers* There are times in our lives when a seemingly minor event alters the course of history. This past week I gave into my appreciation for certain forms of televised coonery (as long as it's not airing on BET--an important clarification), and caught up on the latest episode of Bravo's The Real Housesitters of Dekalb. 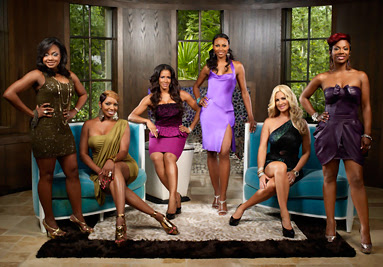 from left to right: the attorney for Atlanta's most beloved misdemeanor-loving weed-smokers, a post-op transsexual, a dick-sling crossdresser, a commitment-averse model, Clay Aiken, and Fantasia's stunt double.
I know, I know. I'm supposed to be above this, being general in Saint Damita Jo's Holy Army and all. I know. But, let me plead my case. First off, I still haven't converted to the darkside and eaten a pussy got cable. I was raised on cable. Living with my ex in 2006 in New York, we never set it up, so I just got used to not having it. Besides, I'd rather read a book or watch my weight fluctuate. Second, while I own a TV (Mama insisted), I get most of my TV from Hulu, once a week. I usually catch up on TV Thursday nights after class, after a long week of procrastination. I deserve a break, you know.

The show is a break from reality. With all the goat asshair wigs, silly putty noses, rented cheeks, strained girdles, and hidden children, there's little that is real about this show. There's something charming about watching a group of women of questionable gender bicker, stunt, and posture for the cameras. 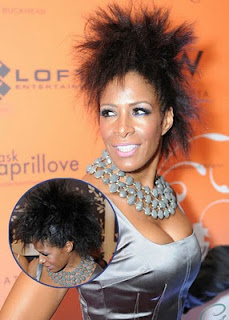 Convince me this is a woman, and I will FedEx you my penis.
*RECORD SCRATCH*
Commercial Break: 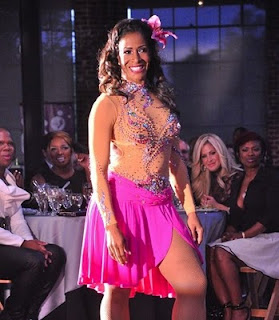 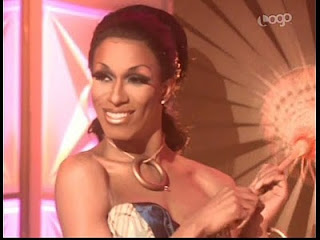 One of these was a contestant on Logo's RuPaul's Drag Race. The other is a talking horse/"housewife" with a table leg dick and no shame in sight. Can you spot the difference?
...and back to the show...

So, this past week, viewers were witness to an emotional exchange between the star of the show, who is coincidentally the first African American transgender mother on television, Nethaniel (Nene) Leakes and her failure-filled bisonly child, Bryson the Dinosaur. 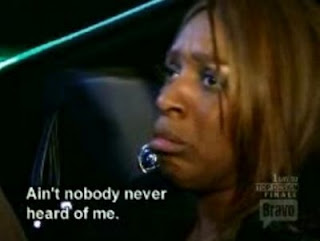 The man, the legend: Nethaniel Leakes
I tell you, my life was forever changed. I received life anew from the way Nethaniel verbally thrashed Bryson the Dinosaur when he requested to return to the rented household after being given the size 15 boot. 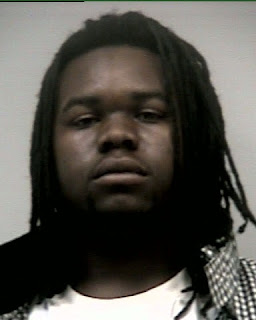 Bryson the Dinosaur? Tyrannosaurus-Pain? You decide.

I present here in it's entirety, the monologue by he-who-will-portray-my-uncle-in-my-biopic, Nene. I can, upon request, for the right price, now recite this entire monologue, soon to be featured in the stage production of Tyler Perry's: For Dick-Nosed Colored Girls Who Mass Produce Backfat and Blur Gender Lines When Drag Bingo Aint Enuf.

The scene: Nethaniel and his son Bryson the Dinosaur, referred to as BisonlyBryson going forward,  are sitting at the dinner table in a rented house. Nethaniel's wearing Nose #2 and girdle number 12. (Yes, his penis is tucked.) BisonlyBryson is giving you "I just spent a week breaking rocks by forehead with Fred and Barney" in the face. The overall effect: Precious' Diabeetusly Dejected Shame, personified.

Backstory: Bryson, the picture of failure and the embodiment of all that's ever been wrong with Coloured America, goes to visit a fellow goon in the slammer. Whilst getting patted down, it's discovered that he had mary jane on his bulky body. Arrested. Grows another stomach. Gets kicked out of Nethaniel's house. Now, returns home to ask forgiveness, and to move back in. Nethaniel pours his heart out, lamenting the fatherly pain felt when you witness your "chahl" clearly going in the wrong direction. Tears were shed, English was slaughtered, feelings were hurt. Here's my favorite part of the exchange.

Are you serious...at whatchu jess said?

Aha! Do you realize how you sound?

You can say my mama is tough on me aaawwwl day long, cause in FACK, yo mama, is overly....*searches the galaxy for the right word* LENIENT...on yo ass. You think about it. You have the AUDACITY to sit here and tell me that I'm tough on YOU? And you done went out and got yo ass ARRESTED?

Yet and still (my favorite colored-people line EVER) I pay da bills to be here. I buy all the food you're cooking. I pay for the maid service. Ya unnastand? I make sho the lights are on and the do'bell can ring. I DO THAT.....ME. And I'm being tough on you?

You done lost yo' damn mind. When you get yo damn mind, YOU CAOWL ME.


And with that, Nethaniel stomped off into the kitchen to shave his stubble, tighten that girdle and re-tuck his dick, leaving BisonlyBryson sitting there in his heart-clogging stupor: sweaty, unclean, and confused. 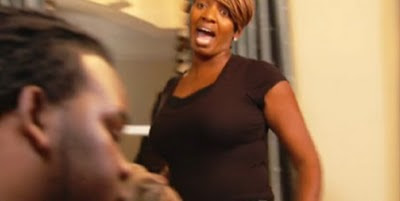 It was a magical sight. The way Nethaniel laid the slovenly BisonlyBryson out took me back to my colorful teenage years, when scenes like this were often followed by a swift backhand from Mama. She'd say,

"Come here. Stand still and don't you flinch at me."

....I just found how to grab the video from Hulu. So BEHOLD King Nene in action: 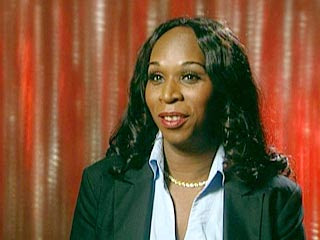 The monologue receives the
Sister Patterson, Empress of Stealth Hairlines and Tucked Penises
stamp of approval.

Well then. Your life has been sufficiently enriched for the day. Go out and adopt a Coloured Compton Child, please, in the name of dick-tucking transgendered mothers everywhere. It's the right thing to do.

all feedback is welcomed. yes, even those of you in the Bronx.|be notified of new posts: Subscribe
beauty is her name Living Right In the Age Of Obama RHOA television