June 19, 2010
I opened my eyes. This morning appeared not unlike every other morning. My clothes from the night before were scattered about the room. Mariachi blared from upstairs. Baby TexMexes and that wonderful husky little colored gal frolicked carelessly outside, waiting for the taco cart to arrive. (No. Seriously.) Today would be a good day, I declared.

Rolling out of bed, I walked, still nude, to the bathroom to relieve myself. Hmmm. My toilet seat was down. I sniffed. A vagina has been here. Oh dear.

Navigating to the kitchen to start my coffee while I brush my teeth, I glance to the left, expecting to see my roommate, Dirty Dez (the rapper), sprawled on the couch. He was not there; my plan to murder him in his sleep would have to wait. What I did see, though was much more disturbing: a wig peeking from beneath a blanket on the floor, connected to a stumpy, tanned white neck.

I started my coffee. Behind me, the Caucasian jumpoff went to the bathroom. Upon investigation, I see the following: 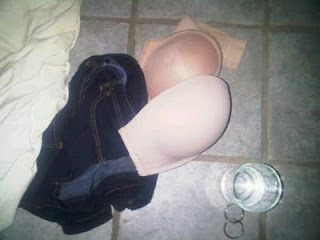 A bargain bin bra. And jeans. Not just any jeans, but AZZURE jeans. This may mean nothing to those raised outside of Hampton Roads, VA. To me, though, AZZURE jeans in 2010 signifies one has "given up on life," was most certainly the product of a broken home, and probably considers Newport News, VA to be "the big city." 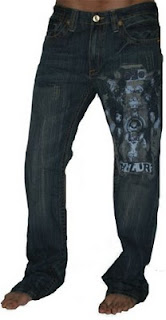 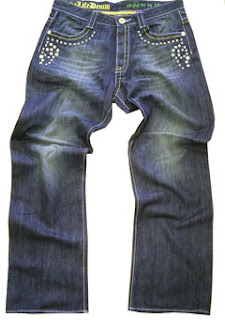 I assumed it was Dirty Dez' estranged girlfriend, whose face I've never seen. I return to my room. Minutes later, the woman leaves. I get a call from Dirty Dez.

Yo Alex, I hate to disturb you. One uh my hoes left her shoes inside. Can you open the door for her?? Thanks yo.

That rules out his girlfriend. I pick up the shoes, a pair of purple suede platforms, unlock the door, and prepare my camera. She knocks. Our eyes meet for a split second. Judgment from me. Shame from her. I hand her the shoes without a word and she flees to her Hoemobile. 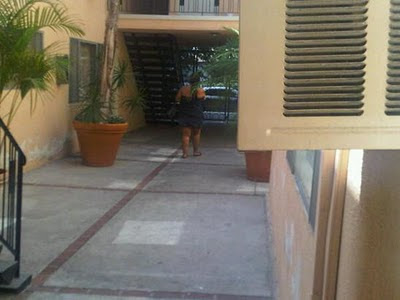 More cushion for the pushin', eh? 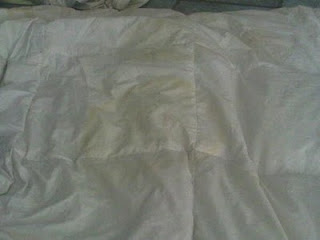 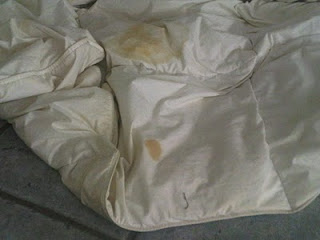 This is the makeshift bed where "the magic happened" on the living room floor. Various conclusions can now be reached:

Yo man, thanks for that. Shit was crazy, yo. These hoes want a nigga for my paper, dude. I'll catch you later yo.

Oh, of course. A gold-digging skeezer, is she? Dirty Diana must have her eye on his epic change jar. The same jar that bought him, aspiring rapper and "hood mogul" (his words), THESE Louis Vuitton Air Yeezy's: 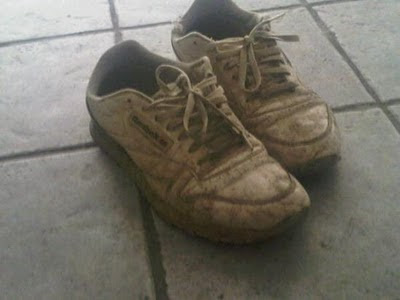 Would you care to walk a mile in these?

Attempting to bring some order to the living room, I cleaned up, while surveying the crime scene. And then. I found. This: 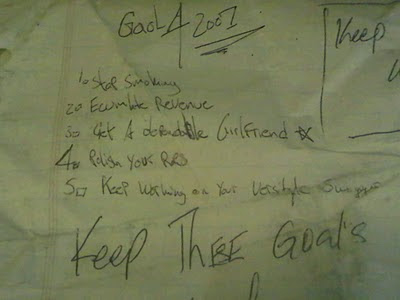 "GAOL 4 2007"
First thought: "You been carrying around this tattered and battered legal pad for TWO YEARS?"

Ladies and gents, your life is about to change for the better. After reading this list, you, misguided heathen, have no excuse for any further fuckups. To hell with Russell Simmons, Steve Harvey, and Deepak Chopra. Dirty Dez, King of Compton, Tupac 2.0 (his words) is about to bless you.

Stop Smoking
If one expects to succeed in life, one must realize that wasting valuable time and funds on greenery may not be the smartest move. It's key to shed habits detrimental to one's success. If you spend your life in a stupor, how can you plot and execute domination of the Hood? Duh.

Ecumilate Revenue
Hoes ain't cheap. Pampers ain't cheap. How do you expect to maintain a legendary flock of skalliwags on a McDonald's paycheck? To be King Of Compton, like Dirty Dez, you have to go above and beyond to make that paper. Shank that hoe who came up short. Teach her a lesson. Get your money right! You are a HOOD MOGUL!


Get a Dependable Girlfriend **
Every top dawg needs a bottom bitch to hold you down. Every king needs that one, faithful, dick-sucking vampire in his corner, who will not leave your Sentra to ride shotgun in your homeboy's Tercel. If you can't trust her with your change jar, SHE AIN'T THE ONE.

Polish Your Res(ume)
Flex your credentials. Teach these kids. You were THE head sorter down at the recycle plant. FLEX.

KEEP WORKING ON  YOUR VERSITYLE SWAGGER.
No explanation necessary: YOU DA BESS.

And there you have it, goons and goonettes. Don't you just FEEL better?

Whew. It's not even noon and I'm already a better heathen than I was yesterday. These epic tales will soon be coming to an end. I'm jumping ship on July 1. I am overwhelmed by all the awesomeness. More on this later...

Note: We're not going to discuss the fact that Dirty Dez still (in 2010) smokes himself into a stupor daily, is still single, and swag-less. We can all dream, right?

all feedback is welcomed. yes, even those of you in the Bronx.|be notified of new posts: Subscribe
La La Land Roomies